Spartan Gamma-139 is an original Spartan-II washout candidate that has been rejuvenated and brought back into active duty due to technological advancements late in the Human-Covenant war and now serves as a leading commander of forces both in the field and in the training arena. His greatest focuses are on working with the Spartan-IV branch to develop War games environments and leading by example in War games trials. Leader of Spartan-II Grey Company late in the Human-Covenant war defending the Industry Cities in URNA, and later partaking in strategic deployments in the Requiem campaign and across other Forerunner installations, he is a force to be reckoned with and a leader to be followed.

In the real world, outside the lore, Gamma139 is a dedicated community member who loves to forge, love to play for fun and loves teamwork. Forge is the best game-mode by far and the biggest dream is to one day build forge maps that are integrated into multi-player. 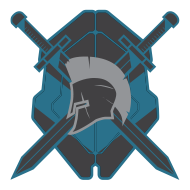 We are humanity. We are Spartans. Remaining special operatives of the Spartan-II company and remaining Spartan-III forces, we form the Grey Legion. Seasoned, hardened warriors who battle any foe,conquer any obstacle, achieve any objective, and finish every fight. We accept only those most dedicated to teamwork in achieving objectives, the greatest being victory in every fight we enter.

what leader do you use

Honestly still trying to figure it out, and thats what I love most. There is enough uniqueness and variation that Im having a hard time picking and sticking with just one. Cutter is my leading favorite, but I do love Kinsano, Forge, Atriox and Colony...