Spartan Mark II Sierra 027 aka "Ghost" or his Spartan Company calls him "Pres" for his leadership and how he commands his fellow Spartans. Leader of the Company Rouge Wolf Pack. he has seen many battles and lost many great Spartans. He blames himself for the downfall of the original company Wolf Pack which was a group of 47 Spartans. 42 Spartans were killed and lost at the Operation of “Black Moon” They we’re betrayed by their second in Command. Which ultimately caused the company to become a Rouge Company called the Rouge Wolf Pack, fighting both the UNSC and Covenant. The Company is now on the rise again and are looking to free their fellow Spartan brothers and sisters from the UNSC’s wicked ways. 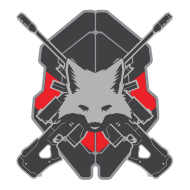 Rogue Wolf Pack is about working together as a Team, but we do not mind if you like to go Lone Wolf from time to time, As long as it doesn’t effect our objectives.

but our main Mission is to become the Best Company out there, And to Build a Halo Community that the bonds Built would last forever, even if Leadership changes or is disbanded.

here are the 3 rules. simple rules!

Main rule is Stick with your designated Squad Leaders assigned to you. I say that because I want results not failures.

Rule Two. We like to build up chemistry and play some fun Custom game modes, to build up teamwork and blow off some steam. You can Banter but no harassment or verbal abuse. Harassment and Verbal Abuse is not accepted in my Company. If I find out any of those two have been done, you will be kicked out and Black Listed.

Squad line ups
RWP0 Leader of All Squads MoonBear is entitled to this since he is my Second in Command. He goes by RWP1 because we don’t have enough members for RWP2 through RWP4 yet.

see you on the battlefield Spartans.-Sierra II 027 “Ghost”

Find Clans That Are Actively Recruiting

Psycho Killers (SyCo) recruiting anyone... well anyone who’s psycho enough to join us buwahahahaha. Just do what you want! cause mayhem! Kill your team! we don’t care we just want more Psychos with us! (Is what you probably were thinking ...