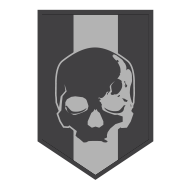 UNSC SUCKS AND SO DO U GUYS

Shadow Team is a Group of Five Spartan Commando's who unofficially serve under ONI Section Three. Our Missions are conducted of our own accord. We are currently the most Independent Spartan team in the SPECWARCOMGroupThree Branch (Aside from Spartan II Black Team and Grey Team).
//FILE BEGINS//
//December 2551,OPERATION: SWORDFISH: Spartan II team Foxtrot was sent in to deny the enemy access to the ocean planet Ezili to use the high tide waters to manufacture and re-fuel more than 600 Covenant CCS Class Battle cruisers//
//Mission Successful. Spartan's Joe S-046(Active), Fox S-041(Active) and Dan S-048(Active) and Merrik S-044(MIA)
//March 2552, Spartan Team "Shadow" was assembled on Onyx. Spartans S-048 and S-046 are assigned in command of the team; now designated Shadow 1 and 2 Respectively. S-046 abdicates his power as Team leader to S-048. Joined by Spartans A-246 and B-364 //
//March 2553, War Ends, Shadow Team assigned to hunt down Covenant Remnant Fleet 'Unrelenting Decimation//
//October 2553, Operation: TYPHON. Spartan Black Team is ordered to interrupt a peace conference between the Swords of Sanghelios represented by Kal' Lorva (Former Shipmaster and Zealot) and Xydo' Karum, the Fleetmaster of a Covenant Remnant cell Fleet 'Unrelenting Decimation'. Shadow Team are sent in as support.
//November 2553, Shadow Team Traced Lorva to Hesduros, Assassination order carried out against orders. Lorva Confirmed K.I.A. Backlash from the assassination.//
//REDACTED//
//REDACTED//
//REDACTED//
//UNKNOWN DATE, Shadow Team declared MIA//
//FILE ENDS//

The Team currently consists of:

About Opinions you see, I would understand a viewpoint if you had a reasonable perspective. But he says the reason why Palmer is the best Spartan is she killed a hunter with bare hands is not a good explanation.