New to Halo Waypoint, but not new to Halo. Been playing since Combat Evolved on Xbox. Halo has one of the best stories, if not the best story in any game and this really makes the game for me. I'm fairly new to MP and I'm grinding through Halo 5 currently! Looking forward to Infinite to come out and just want to see what this is all about!

We gunna make it! 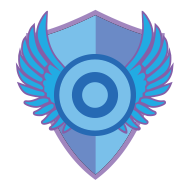 Set em down knock em up, no w-

[Pants not mandatory] The Deco Band is just about the raddest and baddest bunch of slayers the world has ever seen. You'll often times see us running away with your flag or throwing sticky nades on your momma's phat dome piece- GERK! For real though. If you want that Achilles Helmet before Halo Infinite comes out, join up. We need help killing marines. WARNING: don't put up with any crap from CrozySpoN, one of our members. If he is bothering you, just do what the rest of us do: pretend that his mic doesn't work and we cannot hear him.

On a more serious note Crozy suffers from something called humanus cantgetitinitus a rare but painful disease that attacks the weakest of Bronze Spartans. It affects his ability to think, get-it-in, hit shots, and clamber. He often times doesn't know his performance is flaccid at best. Please, if you know some one suffering from humanus cantgetitinitus, do what every doctor recommends: apply two teabags; one on each tonsil and repeat as necessary or until gagging subsides. Side effects of teabagging include but are not limited to:
1. sh*t-talking
2. stroking of the ego
3. stroking in general
4. more sh*t-talking
5. getting groundpounded, then subsequently getting T-bagged
6. losing the game on sudden death
7. getting reported
8. the other team quitting early
9. sh*t-talking

Thanks everybody. I look forward to meeting you, and getting pooped on daily. Gotta go, BboyHangThyme wants his dumpster blowy. See ya!
-Bulletzdumb-Yoink-

Haha I feel you on this one. Everything's great until you get to the 140s 😂