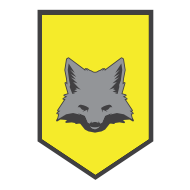 Get money out of politics!

In the USA, bribery is legal.

Currently, in order for a politician to win a election, they need money. As an example, 90% of congressional races are won by the candidate with more money.

What does this mean? It means billionaires, millionaires, giant businesses and corporations get to pick which politicians win and lose. And what these big money sources want is detrimental to the bottom 99% of USA citizens and the world. They want tax cuts for themselves, they want to lower wages, they want to pollute the world with no restriction, and will do whatever they can to make more money, even if it means causing pain and suffering.

In order to get money out of politics, a amendment to the Constitution must be passed. There are two ways to achieve this.
Congress is corrupt and bought off by big money. The only option left is a article V convention.

Wolf-PAC is fighting for a article V convention and already has 5/34 states to begin the convention.

Visit Wolf-Pac.com and donate and volunteer.

Also join this company to dominate in Halo and spread the message.

I think we gotta wait to actually play and experience it. At most, I think the brightness of it should go down a little bit.

But what I really like about it is that the shield lights up where you get shot. The...