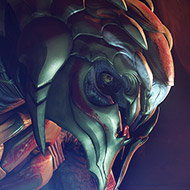 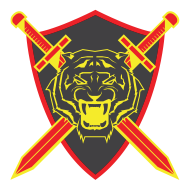 The Aldmeri and The Akaviir belong to The Raging Tide Battalion, which is run by the same leadership as the Spartan Companies.

We are currently accepting new members on a case by case basis. Apply to our company, and a member of our leadership will review your application for entrance. If you would like to be accepted into our Sister Company, which is an extension of us, please apply to The Aldmeri. The Aldmeri is currently openly recruiting, so if you apply, you are guaranteed entrance to both the company and to The Raging Tide Battalion!

Company Objectives:
-Have fun and kick ***
-Unlock the Achilles Armour set (Current status is both pieces locked)
-Help players new to Halo 5 and the Halo Universe grow
-Grow the company so we can have both casual play teams (not win focused) and competitive teams (win focused)

About The Akaviir:
-We use Waypoint, our official Facebook Group, and our official Xbox Club to coordinate our events.
-A group of fighters who play for fun. Winning is not a requirement. We are more interested in the community of players, and having fun as a group. Winning a game is a bonus. We would like to expand so we can have teams that focus on winning, but for that we need members.
-For those interested in winning, we can host special lobbies that focus on winning games.
-For those interested in custom games, we have official Custom Game nights, as well as impromptu game nights.
-Individual play style is recognized and embraced, play how you want to play (those interested in tactics, see our section below for our philosophy on teams)
-All skill levels welcome, don't feel nervous if you think you don't play well.

Tactics in The Field:
For those of you interested in tactics we like to employ a Wingman approach. Fireteams of 2 or 3 will operate together in the field to provide mutual support while achieving game objectives. In instances of more than 1 Wingman unit operating in tandem, coordination is used to allow for coordinated attacks on enemy positions. This allows for maximum force projection with minimum target presentation. The Wingman unit can be a team in a vehicle, a quick-strike group, support group, assault group, or a defense group. We urge snipers to operate as support, acting as overwatch to any fire team in the area (I.e. trapping enemies in a position while other team members swoop in), or as a guard to a point (keeping anyone from approaching a base). Ideally each Wingman unit has an overwatch soldier with a ranged weapon, but we realize this isn't always feasible.

Code of Conduct
-Don't be rude (This includes being disruptive)
-No intentional team killing. In the event of an accidental team kill, say a quick sorry to your teammate, and move on.
-Don't hold a grudge over petty occurances in game. I.e. something other than purposeful team killing.

I found where it says lekgolo buffs but it doesn't give any values.