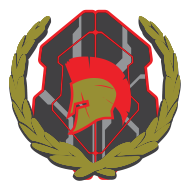 **3% until Achilles Helmet Unlock. Only 3 Commendations Left!!**
**CURRENTLY GOING FOR Achilles Armour.**
**Messaging leaders begging to join will be blocked and Declined immediately.**
**Low rank requests will be rejected**

We’re an active spartan company the Mantle of Ares. A community of Completionists that focus on HALO as a whole. Focusing on Achievement progress and the completion of ALL Halo games. We are wanting to create a friendly and safe community, where toxic behaviour will not be tolerated. Our future is in Infinite. Stay active.

COMMUNITY GUIDELINES
**Activity & progression checks every Weekend. Fail to meet activity quota of 20+ games a week will get you removed.**
**!!NO CUSTOM GAMES. NO FIREFIGHT. NO FIESTA!!**
**Read the community guidelines below and make sure you understand them, to avoid issues or confusion. Halowaypoint game history will be checked for activity reasons. If the company is full or people have broken Company rules, spaces will be made for more active determined players to join.**

IF YOU ARE IN A COMPANY WITH PEOPLE THEN WHY NOT COMMUNICATE?? If we find that you are lacking an understanding of what is needed for the Achilles or simply don't read the leadership messages on waypoint then you will be removed. Stay informed OR face removal. THERE IS NO FREE RIDE TO THIS ARMOUR. YOU DO YOUR PART OR LEAVE.

Discord & Xbox Club
Discord links will be provided once joined. The Xbox Club -Mantle of Ares- can be found on Xbox Live.