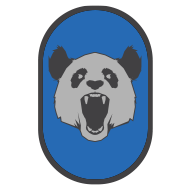 When the world slips you a Jeffrey... Stroke the Furry Wall!

Forged in the fires of REACH

When the Covenant slipped the Human Race a Jeffrey in July 2552, the UNSC responded by deploying all available assets in a coordinated counter-offensive on all fronts. When this failed, they decided to Stroke the Furry Wall. Under this protocol, all lower tier assets were directed to engage the enemy in an all-out campaign of Mass Distraction. Combat operatives were authorised (and encouraged) to employ tactics including, but not limited to: ‘nade spam, armour locking, erratic t-bagging and blocking communication channels by singing into their mics.

The brutal insurgencies and firefights of Reach spawned heroes and legends - like blazing sparks from shadows of ONI came Spartan III super soldiers whose unimaginable bravery and valour helped to define the human spirit during the covenant invasion. Although many of these brave souls functioned primarily as lone wolves, they occasionally collaborated with Noble Team and the K.F.C. to capture seemingly important objectives and to save several, if not dozens of lives.

A fierce battle near the Boneyards of Aszod just prior to the glassing of Reach saw the last surviving Furry Wall Strokers seeking refuge in the galley on the UNSC Pillar of Autumn, a Halcyon-class light cruiser with a recent (and quite stunning) kitchen re-fit. Stowed away at the time of departure, they donned checked pants and hairnets and set about providing culinary support to Sergeant Johnson and Master Chief - Petty Officer Spartan John-117 during the events of HALO and their subsequent engagements with the covenant on Earth, Delta Halo and the Covenant capital city of High Charity.

As the Human/Covenant conflicts drew to a close, these Master Chefs re-enlisted in the Spartan IV program and formed a fire-team named in tribute to their collective Halo Reach experience. Stroke the Furry Wall found a new home aboard the UNSC Infinity and rose to prominence alongside fireteams Crimson, Majestic and Steak Sandwich during the events of Requiem. With the Promethean threat now spread across the known universe STFW is gearing up, whetting their kukri blades stocking up on Coconut oil for the next big adventure.

Players of all skill levels are welcome to join the company or just party on up for:

I know others are pointing this out but...