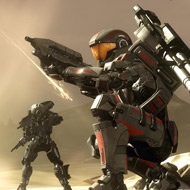 "Thou may rise, but thou shall fall"

Royal Scouts Navy are sea based,

Royal Scouts Logistics is like the R&D of the RSC,

Royal Scouts Special Operations is highly advanced, training, equipment etc. They can fight Guerilla and come out on top, they are also the combative arm of the RSIA.