A writer on the Halo Fanon Wiki, I've been a fan of Halo ever since I played Halo 3 as a kid, and have since played almost every games since, bar Spartan Assault. I am a huge fan of the lore and have spent quite a while learning all I can about it. As a writer on Halo Fanon, I mostly focus on character articles, although I have written some vehicle, technology, events, locations, and am even working on a story. Most of my characters are Spartans, but that is because SPARTAN-IIs and IIIs offer a unique view of the world, having been brought up and essentially raised in military facilities from such young ages, they don't look at the world or the Human-Covenant War the same way a marine, sailor, soldier, and especially civilians would. SPARTAN-IVs on the other hand were those marines, sailors, and soldiers who survived the war. They present the sort of conflict a child would have with their parents, in the same way that you want to be just like them when you grow up, IVs want to live up to the reputation of their predecessors, and the struggles they have to go through to achieve that goal.

Looking at all this, I realize that not only do I ramble, I also put way too much thought into this. Oh well. 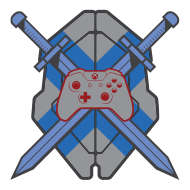 The official Spartan Company of the Halo Fanon Wiki.

Halo Fanon was founded in 2007 as a place for writing quality, canon-friendly Halo fan fiction, and has been going strong since then. A group of longtime fans with a passion for both writing and the Halo universe, we're naturally avid Halo players too. Any seeking to join the company, please leave an invite along with your site username so we know who you are, thanks.

This company is the place for the writers, contributors, editors and lurkers of Halo Fanon to congregate, play video games, discuss Halo, and complain about stuff together.

What are the exact dates of the Defense of Concord during the Human-Covenant War?