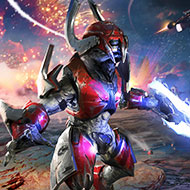 well first thing is that i am not that big a fan of Master Chief, spartans, or most humans for that matter. What i do love though is all the alien species in halo. Some i love more than others, lime Sangheili and Kig-yar are AWESOME and Brutes and San’shyuum are… less so, but i love them all the same. I really love the alien parts (not forerunners lol) like the story and the tech and the look and all of that.

my favorite characters are Thel ‘Vadam, Rtas ‘Vadum, and…. That one female sangheili in “Shadow of Intent”. Maybe some others liek the gravemind or Buck or Jorge.

ok
so
i think Halo needs some epic spin offs to become epic again and i have some ideas:
1) about War of Beginnings between the Sangheili and San’shyuum, you play as members from both species
2) flood horror (kinda horror) you are an ODST or Sangheili who meets a squad from the other side of the conflict and decide to cast aside your differences and work together to survive the flood. Afterwards they become best of buds and maybe are revisted in another game 👀 (not flood)
3) witnessing the Covenant’s history through the eyes of the many Arbiters
4) Rtas after Galo 3 hunting down Brute Warlords and San’shyuum prophets. Maybe returning tk sanghelios at the end for something important
5) human-forerunner war, play as both sides 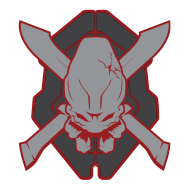 We are a group of casual Halo players. We are not in it for the Achilles armor.

WE ARE CURRENTLY ACCEPTING NEW MEMBERS, JOIN IF YOU ENJOY CUSTOM GAMES, CHATTING WITH OTHER PEOPLE ABOUT HALO, AND IF YOU CONTEMPLATE LIFE TOO.
Requirements to Join:
Leader:
FestivHunter

We are also very up to date in meme knowledge (some of us :/)

Spoiler:
Show
Yes, the name is stupid. But funny.
so it is amazing.
(Credit to WasabiPeanut721 for coming up with it, he is very cool)