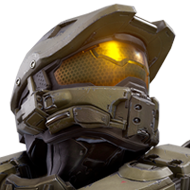 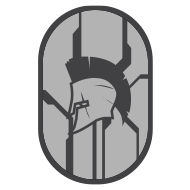 Welcome to the Meat Grinder!

-Note: THE ACHILLES GRINDERS HAVE COMPLETED ALL KILL COMMENDATIONS, AND POSSESS THE FULL ACHILLES ARMOR SET. THOSE REQUESTING TO JOIN WILL NOT BE ABLE TO MAKE PROGRESS TOWARD ACHILLES, BUT WE WELCOME FRIENDLY PLAYERS. PLEASE SUBMIT A CUSTOM JOIN REQUEST, SEE BELOW.

GRINDER (N):
1. a person or thing which grinds.
2. a sharpener of tools.
3. (inf.) a gamer who repeats a process or action endlessly in a video game to achieve a long-range goal or reward.


What we are: a high-achieving Spartan Company that is serious and motivated, determined to play co-operatively to have fun and build our skills. We are a diverse group of Noobs, try-hards, experts, rookies, gamer girls, fathers, sons, warriors and average Mountain-Dew-drinkin,' bowl-o'-Captain-Crunch-eatin' controller monkeys. We do three things very well: set firm expectations for civility and fair play, play cooperatively in Arena and Warzone, and respect each other's varying levels of skill and proficiency as we keep dominating on the battlefield.

What we are not: tolerant of Leeches (those who play a little bit and wait for others to do the heavy lifting), Ghosts (those who put up a great application to the Company then hide in the shadows and don't play), Haters (toxic players who rage constantly and break others down), Quitters ("That's it! I'm done with this game! 343 sucks!") or Whiners ("Come on, give me another chance...I've got an infected paper cut and it hurts to play!"). Spartan up, no excuses!

What to expect as a Grinder: You don't have to be an expert; we have a great mix of casual and semi-pro players. There is room here for players who love to play Campaign Co-Op and bag achievements, for players who have their sights set on the HCS League, and for players who just love to get on mic and practice their call-outs or catch up with their buddies. We have that!

How to join The Achilles Grinders:
-You must create a custom message and submit a Join Request. We don't need the default one, as it tells us nothing about you as a person and as a Spartan.
-Describe your skill set (what your strengths/interests are).
-Talk a little about your interests (achievement hunting, co-op play, Firefight, training, etc.).

We wanted this. We got it...hard work and dedication! Molon labe!

"The Road to Achilles" Archives:

Achievements Not Visible in MCC

Also having that issue. Been having it for most of the month. Just have the spinning Cortana circle when I attempt to view them. Hoping it will magically 'resolve,' but it is very frustrating being a user that can't 'use' the s...