Personal History: Born the 2nd son of farmers, his father served as a mechanic in the Army, with notable marksmanship commendations. When the covenant invaded harvest, R-91's family took up arms and joined the war effort. Tragically he was the sole survivor of his family when harvest fell. When reports reached certain ONI ears of a 7 year old war orphan with 37 confirmed kills against an emerging alien threat, he was quickly "misplaced in refugee transit" (conscripted to the SPARTAN - III Program). R-91, as one of the youngest of his class and one of the few to survive initial mission deployment, was re-assigned to Special Training and Tactics after his "first tour" to form a new unit. This unit, Merc Squad, was to be comprised of the survivors from other deployments. A place for the broken pieces to form a new unit, to be used as a training and reserve force for future deployments. This role earned Merc Squad their nickname among Spartans as "Bravo Team". Having survived the Human-Covenant War, Merc Squad was reassigned to UNSC Infinity to continue their training and support roles with the SPARTAN - IV program. Having served in countless missions and countless more training exercises over his decades long career, R-91 has no confirmed kill count. However informal Spartan reports suggest it may exceed 100,000, perhaps vastly.

Skills/Specializations: A competent marksman and heavy ordinance specialist, R-91 is as capable of leading his squad through a ridgeline rifle ambush as he is a heavy armor offensive. Common mission requisition requests include M739 SAW, M41 SPNKR, & BR85HB.

Report Conclusion: Spartan R-91 is one of the UNSC's most cost effective weapons, due to his sheer durability and singular determination to achieve his objective. He displays standard Spartan social and mental defects, including anti-social and even sociopathic behaviors. However he also exhibits signs of a strong sense of personal morality. It is due to this factor that Spartan R-91 is deemed fit to continue duty. 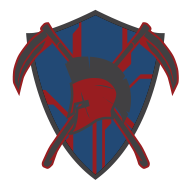 Original Spartans, here to show the young guns whats what.

Multiplayer is my favorite of the series. Warzone could be better but it's fun. And really I don't hate the story as much as most people do. Not a bad game, leaves me pumped for the next.