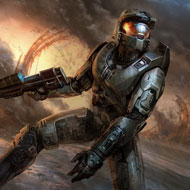 Why is Halo: Reach's Campaign SO AWESOME?!

Halo Reach's campaign works as a passionate letter of love to the fans and a unique story that focus's on the planet itself with still memorable character's and beautiful cinematography.