I've been playing games ever since I was a E for Everyone and throughout all my years of playing video games, Halo is one of the games that stands out amongst the rest. I've read most of the books about the lore. Like First Strike, Ghost of Onyx, The Cole Protocol, The Last Voyage of The Infinite Succor, and some other ones that involved Jul M'dama and the A.I called "Black box" or "BB". Then I watched all the Videos of "Hunt The Truth". I also completed all the campaigns on Legendary difficulty and on some campaigns I did it solo, most were done on the Master Chief Collection. Which also allowed me to do some of the missions over again because it didn't register that I completed some of the missions on legendary. Which is why being rewarded the exclusive 'Helioskrill' armor set is very satisfying. 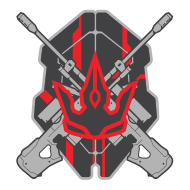 Anyone miss the ODST?

I miss the original look of the ODST armor and not how Helljumper looks.