All you need to know:

I swear, Trump (and his supporters) are the reason why I'm an Athiest. Because there is no way an "Almighty God" can create such a dullard person and arguably an even more uneducated herd of "sheeple" to idolize said idiot.

On a related note: If you're a Trump supporter, you are one of two types of people. You are either:

A. One of millions of the dumbest and redneck people on the planet. (So pretty much the human personification of trash)

But somehow the lines between the two are unbelievably blurred. Say what you want, but it's the truth.

Here is a level of humanity and compassion that Trump nor any of his supporters can achieve. 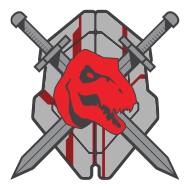 Only Training, No Complaining

You can join regardless of skill, Spartan rank, or CSR. If you join, you don't have to be active 24/7 but we do require that you at least give effort and do your part. Be active at least few times a week and it is preferred if you focus on Warzone an Arena. (Custom Games, Firefights, and Infection doesn't count). NO FREE RIDES.

Instructions to join can be found Here