Started playing Halo CE when it was first released on the original Xbox way back in 2001. Soon after the kids came and my days of console gaming were over (or so I thought). In 2014, after having a PS3 for a while we purchased an Xbox 360 on a whim and I bought Halo 4 for the kids - but I never ended up playing it much. In late 2016 we purchased an Xbox One along with Halo MCC - and now I am hooked. After playing Halo CE again, it has brought back many great memories from the past.

Back in 2001, Halo was just a good game to me. Now I am starting to get into the Halo canon and lore, and didn't know what I was missing all these years!

Having missed out on Halo Wars in the past (and being a RTS fan in general), I am looking forward to the release of Halo Wars Definitive Edition and Halo Wars 2. 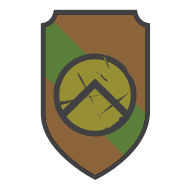 Warzone FireFight All The Time

The only thing I can think of is that the graphs might drop during resource usage, otherwise I cannot explain why the graphs would drop and rise when the same rate of production exists.