This briefing is CLASSIFIED, if you are not an SPARTAN please shut down your terminal...

Spoiler:
Show
At the beginning of the Spartan program an incident occurred with one of the first experimental subjects, "Challenger 37" (A.K.A. Paxe)

Improving levels increased exponentially, destroying the machinery but creating one of the first successful genetically modified Spartan, the only problem is that their levels of aggression were unstable ...

Days after the "Challenger 37" escaped from the facility and began a private war against the ONI and improvement programs Spartan.

There were rumors of a renegade Spartan fighting against ONI, which still remain ...

If it is found beware, this probably armed and dangerous, warn the ONI commands and wait for instructions ... 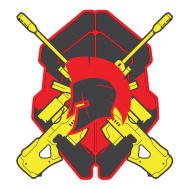 Welcome to the MSA Spartan.

The wollowing info is RESTRICTED if you aren´t a Mancos Sociedad Anonima please shut down your terminal. (+18)

Spoiler:
Show
After the corruption of the other companies of the Spartan military divisions ONI creates a group of genetically enhanced soldiers to avoid traps and malpractices in competitive tests.

They called maimed (Mancos in Spanish), or MSA, but those who have faced as they tell stories seem to be seeing incredible distances or folded several soldiers with a burst from his rifle.

Every enemy has faced them know they can not stay on the battlefield more than two minutes without seeing his comrades die at the hands of the MSA.

Therefore, the ONI has decided to dispense with the services of this company, if you see them don´t approach! they are dangerous and armed.

Swat is the best and then fortress