The Spartan IV Rakeara-013, also known as K013 was born on the colony Sigma Octanus IV in 2532. He became a marine and had deployed in Alpha Headquarters while he was lieutenant under the command of General Kits, before the Covenant's assault in 2552. During this assault, he succeed to save 9 of his brethren and being found by Blue team.

The composure which he displayed during this battle was noticed by Musa-096 himself, and he was chosen to join the Spartan IV program in 2554. After that, he was affiliated as a leader of the Kilo team in 2556. He preferred to keep the Spartan II code name system to honor the Blue team but also to hide his true identity.

He finally joins the Backdraft team in 2558 for his undercover talents. 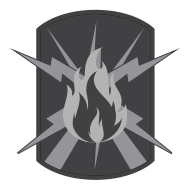 Of course I buy it, it's just an accessories! I just want a better campaign and an improvement of the MP.