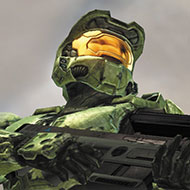 I play a lot of video games.
Halo is also my all time favorite game series. 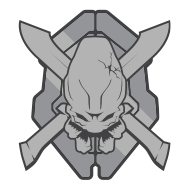 EDIT: If you want a clan for decent halo players, this probably isn't the one. It's pretty much here just for the name and the emblem. I'll let you in, but if you want a more active group i suggest you change. I might do customs every so often, and I'm in the EST time zone.

IMPORTANT: IN YOUR REQUEST, SAY HONESTLY WHY YOU WANT TO JOIN AND WHAT KIND OF A HALO PLAYER YOU ARE. BE HONEST, BECAUSE YOU MIGHT LIKE THE NAME, BUT YOU WONT HAVE A GOOD TIME IN THIS CLAN UNLESS YOUR A MORE RELAXED PLAYER. THERE WON'T BE ANY SERIOUS "CLAN WARS" OR MAJOR COMPETITIONS. I WILL NOT ACCEPT PLAIN REQUESTS.

The group selectivity will increase once we hit about 70. Just mostly people that don't care except for occasional customs maybe.

Noble Team, or simply called Noble, is a special fireteam sized unit of the UNSC Special Warfare Command Group Three, composed mostly of SPARTAN-III super soldiers and one SPARTAN-II commando as of 2552.
Spoiler:
Show
Most members of Noble died on the planet Reach, technically vacating their positions in the Noble company. This is where you come in.
Activity Details (Members Only)

So I bought the game on steam today because I wanted to move over there and noticed none of my settings or campaign progress transferred over to the steam version of mcc from the gamepass or xbox versions.