I'm a long time Halo fan which first tried halo at a friends house in 2004. I then quickly bought Halo CE for computer since I didn't have xbox myself. I continued to play a lot of Halo 2 splitscreen at my friends house.
I also played the Halo 3 beta with him, and then finally got my own xbox 360 in 2007 at the launch of halo 3.
Played a lot of halo 3 became quite pro for a period of time. Still remember meeting a full team with four level 50, and we were a team of randoms from level 36-44. Before the game started the other team talked and complained about why they kept getting easy to beat opponents. We won 50-48 and they sounded like they saw a ghost in the postgame chat and was like wtf happened. Probably one of my coolest memories.

Then last year I tried the halo 5 beta and was surprised how good it felt to play. Then decided to buy a xbox one and started to play halo 5 fully in january. 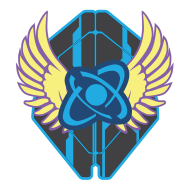 A company working to unlock Achilles as fast as possible. All are welcomed lone wolf or parties.
Progress towards Achilles: 94%

If the company is full you can request to join the second company: Tactical Elites II

Halo 5 magnum was a MISTAKE

Every other gun can beat the magnum when used in it's enviroment so I don't see much problem with it. The smg could be stronger though.