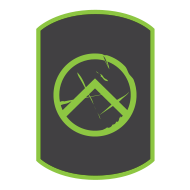 SeasonedGamers.com provides a relaxed atmosphere for adults to chat without being bothered or annoyed by the more immature types that you mostly find on the internet and on Xbox live.
-------------------------------------------------------------------------------
Seasoned Gamers was founded just before the launch of Halo 2. Many of us were members of the xbox.com forums. Jamo was witness to all the badgering, name calling, shouting, poor sportsmanship, backwards driving, etc. etc. that flooded Live and the message boards. What he originally had planned was to make a post in the Halo 2 discussion forum, seeking anyone who was an adult, mature, and just wanted to play the game for the love of the game. Basically, he wanted some good people to start filling up his friends list. Friends that had the same background as him (ie. Spouse, kids, mortgage, bills, chores, etc.), people that he could level with, and people that he trusted would make a great game even better by offering a solid play experience. So, he made the post, and the people came. Within a couple days there were over 50 names on this list. Jamo was shocked, couldn't believe the amount of response. One of the guys on the list, jlov18t, said something along the lines of, "Wouldn't it be great if we had our OWN place on the net to post, as opposed to here on xbox.com"! Instantly Jamo's gears were turning, he worked hard over the next couple of days, and on October 22, 2004 Seasoned Gamers was born. Within one week we had attracted over 100 people. We quickly became a "family" and haven't looked back since.

Getting closer. 148 or 149. My biggest issue lately is I'm playing too much Halo:TMCC. Cutting into my H5 grind.