Spartan History: Spartan 2203 (a.k.a cpt.rose) is a delta class Spartan. he has enhanced bones that are infused with covenant technology. born in new Mombasa in 2538, he voluntarily gave himself up for doctor Halsey's research. he was the only Spartan who passed the covenant enhancement. now is leader of demo squad "Hell Fire". his last squad was wiped out during the Battle Of Installation 00 by flood forces. being only corporal at the time and under the command of spartan team leader Lucas. the spartan team was sent in to find and extract a marine squad located on grid kilo-082056. during the extract mission the spartan team was caught in a flood ambush. the once corporal was found barely living and was the put through medical care. during recovery spartan 2203 was put through a upgrade system to be fitted with new MJOLNIR armors. being based on Sverdlovsk system on the colony Talista taking part in the Warzone simulations until the next major mission. 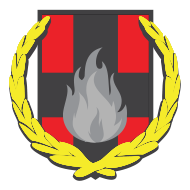 Whose yo favorite spartan

locke, has the perfect bald head