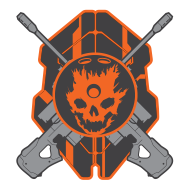 Plethora, it means a lot.

At this point, we're just trying to finish getting Achilles. Come join in our grind; we're not too far off. We just need 10 more things. Several are pretty close and others need more people grinding.

Have fun. We play lots of social and Warzone so come join!

Armor Sets that should return

I think that they should bring back Oceanic, CQC, Hayabusa, and maybe classic gungir (like from Reach)