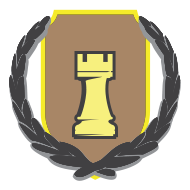 Just here to have a good time!

And we happily accept any new players as old friends move on to other games. Actual fatherhood, or being male, not required to join. We're just happy you're here.

Let's face it... there comes a point in life where, sadly, you just aren't going to be able to keep up with the young-ins anymore... all of us in this company may have been, at one point in time, dominate at Halo, and / or video games in general. But those were the glory days. Now we're just senile old men with poor reflexes, careers, families, and (I think we can all agree), the best thing there is in life... kiddos.

Look, I'm not saying that we won't win some games. We may even wind up being one of the best Spartan companies in existence (though I sort of doubt it, as we just don't have the time to invest into video games anymore). But ultimately, we're just here to have a good time, and share in fun experiences / Halo 5 memories with others who are at the same place in life that we are. We've officially become casual gamers, and in our opinion, those are the best kind. Winning is fun, but that's not what matters most to us anymore... having a good time and relieving ourselves of daily life stresses by shooting bad guys is. And that's exactly what we'll do.

Here's hoping to network and get to know some of you in the months to come, and we look forward to gaming with you all and adding to our company.

- Sk1nn3r24 (Spartan Dads): Company founder, and still somewhat egotistical about it! Occasionally prone to power trips, sniping teammates (unintentionally for the most part, unless it's Tazzman29) and Chuck Norris comparisons. (I heard he once went 25-0 in FFA... using only melee!!)
- DeadeyeVip3r (Spartan Dads: Osiris): Leader of the Osiris branch of SD. Company player with the "best actual skill" at this game. Known to make the rest of us look bad with his K/D ratios. And for trying to pass off Sk1nn3r24's legendary accomplishments as his own.
- Mx CoRy J (Spartan Dads 4): Leader of the "4" branch of SD (name change pending, it's a long story). Company player who's likely the most chill in real life. Known for being a man of few words, but many virtual bullets.
- Ruined Empire (Undivided SD): Leader of the Undivided branch of SD. Company player whom everyone seems to like and who's theme song is likely "Come Together" by Aerosmith. Known for diffusing situations and promoting healthy bad-guy slaying.