Don't ever give me a sniper if you want to win a match. Just don't... 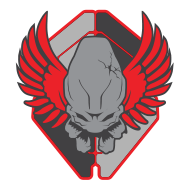 REAPERS OF THE NIGHT

Everyone is Welcome, ALL REQUESTS WILL BE ACCEPTED WITH-IN 24H

Base Location: Heian
Team Colors: Black, Grey, White or Red
Battles: Battle of Noctus, Raid on Apex 7, Escape From A.R.C., March on Stormbreak, Skirmish on Darkstar, Attack on Sanctum
Battles Under the UNSC: The Human-Covenant War, The Human-Flood War, The Human-Forerunner War
Primary Goal: Working to achieve the Achilles Armor Set
Specialties: Team Work, Contributing
Leaders: General Xx5KULLBURNERxX,Commander yankeedoodle43 (Second In Command), Lieutenant Monroe126
Logo: Three Eyes (Optional) Allegiance
Logo Colors: Primary Salt, Secondary Carnelian, Tertiary Pepper
Armor Color: Your Choice (Any Color blue pink etc). Standard Team Colors - Primary Salt, Secondary Carnelian / (Pepper or Gunmetal)
Bio: We are A Team of Hunters. We play as a Team, and we die as a Team. Negative Behavior is prohibited. Soldiers of Heian fought together for the sake of the Human Race. The Stronger The CHH become, It only means Bad News for Enemies. Together We are One. Our Strength Are In each and Every Member. Our Weakness is Death. The Love in Us, The Respect for Each Other. The Brave and the Loyalty Within Our Company is What Makes us Whole. The Battle Field is Our Graveyard. We fight till the End, and we will Never accept Defeat.

The Human-Covenant War
"The Human-Covenant war, also known as The Great War, was a major interstellar conflict pitting the Crazy Head Hunters and The UNSC against the Covenant Empire during the mid-26th century. With superior firepower and technology, The Covenant overpowered the UNSC and the CHH, causing great lost of hope in the Humanity. As the Covenant continued to attack and destroy Humans wherever they were found, The UNSC and CHH decided to fight back harder. And after 25 years of non-stop action, The Human-Covenant War was finally concluded and Victory is still Unknown"
The Human-Flood War
"The Human-Flood war, was a war fought between The UNSC and the Crazy Head Hunters against, the infected known as the Flood cause by powder "Pheru". Over time, the infected Pheru began to infect others and even began showing some symptoms of the Flood mutation, such as fleshy tentacle-like rods. Close contact with the Pheru spread the infection to humanity. As the infection spread, The Human-Flood War came about. By the time the human officials discovered what the powder had done, it was too late. Entire planets were infected, and the Flood began to ravage worlds and systems. In the Aftermath, The Human-Flood War ravaged humanity forcing them into the losing war, and retreating into the Forerunner Controlled Space
The Human-Forerunner War
"The Human-Forerunner war was a conflict between Forerunners and the UNSC alongside the Crazy Head Hunters. Looking to escape from Forerunner control, Humanity expanded throughout the Orion arm, and eventually began building an impressive empire consisting of an unknown number of worlds. By the time the Flood had been defeated, the UNSC military and the CHH had been weak and exhausted, causing and easy win for the Forerunner. The victorious Forerunners decided to dismantle almost every piece of human civilization. They executed many Humans for starting the conflict, viewing them as naturally violent and aggressive"
Is This The Last of Humans? or is It Just The Beginning of a New Era! Will the Spartan Companies Save Humanity?

Halo 4 Knights aren't exactly easy either. Don't forget the "Teleport away right when shields are about to die" BS.