FAVORITE VEHICLE(S):
PERVIOUS ENGAGEMENTS/MISSIONS:
CURRENTOPERATION: Spartan-109 and the rest of fireteam ONYX are currently despatched to [LOCATION CLASSIFIED] on Halo Instalation-07 for an ONI mission, 0PPERATION Foehammer
NOTABLE RELATIONS: Spartan-109 is the older cousin of Spartan-III Emile-A239 and was a friend of Carol (Foehammer) Rawley
OPERATIONAL STATUS: In Action
NOTES: S-109 was paired with two others Spartan Hector-114 and Spartan Sorley-059 to form Spartan team ONYX, SPARTAN-109 was the leader of team ONYX until SPARTAN Cayde-006 took the position, during training SPARTAN-109 quickly became the team's CQC specialist.
"I think James has of potential as a sniper so I've begun giving him some tips and tricks," Linda-058
"J? He's a great guy, apparently he doesn't talk to anyone much, but we'd hardly know, he's always sparking up conversations about weapons and vehicles, I've even begun teaching him some of my CQC combat techniques, he's surprised me with some moves of his own" Douglas-049
"Well the only other S-II I really talked to was Jorge but, yeah, he's really good at CQC combat... Wait, he's Emile's cousin? well that explains why they got along so well, why they both seem to charge at enemies with combat knives and shotguns," Jun-A266
MISSION NOTES: good at finding and accessing forerunner terminals, 109 is one of only 6 Spartans to have befriended a sangheili during the human-covenant war, the others being Spartan Randy-806 (Ocelot), David-617 (Nightflash), Clyde-213 (Swift), Romero-024 (Brass) and Maria-316 (Whisper)
PERSONALITY: 109 is a very silent Spartan, not speaking very often unless he's with the other Spartans, but he works well with the other Spartan-IIs and some Spartan-IIIs and IVs, he is close friends with Kelly-087, Linda-058 and Naomi-010. even though Cade-006 is the leader of fireteam ONYX S-109 takes his place on select missions.
PASSTIME: Siera-109 prefers to be referred to by his nickname. He and kelly-087 tend to spar and race when not on duty, J spends most of his time with the other remaining Spartans, he and his squad are good friends with blue team and hang out with them most of the time 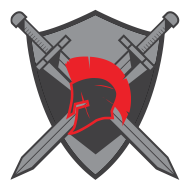 We are a Facebook group War Games Lounge, we love to play Halo! That’s all the Halos! Come grab a Spartan and have a good time! Message me on Facebook or x box if you wanna party up!

Which Halo Difficulty is Canon?

there's actually a video on youtube by either Mythic tyrant or lukethenotable talking about this, they say it varies from game to game