<Spartan service record open view>
<Dob_Classified>
<Gender_Male>
<Enlistment_Date_Classified>
<Enlistment_Branch_UNSC>
<SSID_102>
<Name_Classified>
<Current_Age_Classified>
<Current_Company_Panther_Company>
<Current_Fireteam_Black_Team>
<Notes_Of_User:_Holland_Urban>
<Begin_Record_View:
Jacob 102 was originally requested as the replacement for Thom A-293, but complications involving ONI lead to him being shipped out for extra training, and some ONI projects. His combat style would not have fit in well among noble team, more preferring a long range engagement, not much unlike Jun, but his skills would have been an important asset. As this dossier is being recorded, our new noble six is on his way to Reach to be acquainted with the team. *Lieutenant off-screen (Sir, Visegrad relay just went down, not getting any signals from them.)* Damnit, sorry ONI, we’re gonna have to cut this short. *To lieutenant (I want Three Charlie on the scene, have them get it back up and running.)* *Lieutenant off-screen (Yes sir)*
End_record_view>
<Notes_Of_User:_Halsey_Catherine>
<Begin_Record_View:
I’m not sure why ONI wants a dossier on 102. But, who am I to defy the great ONI. Jacob was always an odd one out during training, he took a lot of, inspiration from the other Spartans, he would break out of the barracks at night just to take apart warthogs, scorpions, pelicans, or anything else he could find. In time, he developed a drive not much unlike John's, He would never give up in training, even when he would break bones. When I asked him why he was like this, why he would never give up, he replied "Every time I think about giving up, I just remember how many people I have to prove wrong, and that fuels me." He took up a preference for long range engagements over direct action, which can cloud his judgment at times, but he will always realize it before things get too far. While he doesn't have the patience for sniping like Linda, he does have the mind for it. He will wait if need be, and take a shot that will always hit it's mark. During training he made shots that didn't seem physically possible, including a shot while blindfolded, after being disoriented. Mendez's exact words before the shot were, "That shot's impossible, even Linda wouldn't be able to make that shot." But he did, he proved us wrong. Just like he said he would. His extensive service record during the Human Covenant War would have meant a solid long-term position in the UNSC Spartan branch. Unfortunately his demise, along with numerous other Spartan II operatives during the Fall of Reach, erased any chance of an extended service.
End_Record_View> 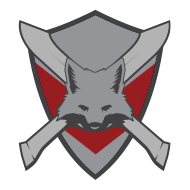 Following the attacks of the Created, the remnants of ONI reformed Panther Company under the command of Spartan 102. Panther Company is an ONI black ops unit designed to replace UNSC black team. The team engages in high risk, high reward operations under both the UNSC and ONI, they participate in regular war-zone and arena simulations, but have their own workout schedule. Under the lead of Spartan 103, a former Spartan II, they keep up with a rigorous routine, and uphold a tight chain of command. Every member is handpicked by members of ONI Section 3, they then go through a specialized selection process. They have access to specialized equipment designed for Panther Company, making them one of the most technologically sound companies. With exclusive access to ONI databases, and access to experimental weaponry, Panther Company is a force to be reckoned with. UNSC Alpha base on Green Hills has been reserved for Panther Company, with the only people who even know of the existence of the base being Panther Company, and select ONI and UNSC members. UNSC Panther Company also has control over the UNSC Dawn Under Heaven, which received a refit to make it on par with a UNSC Valiant Class Super Heavy Cruiser.

Me and a couple of friends actually had a similar discussion on stream one night, we talked about how 343 could "Organically" add onto the weapon sandbox while getting rid of the req variants (Except for the two variations of the Hunter can...