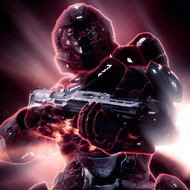 CLASSIFIED DO NOT READ UNLESS UPON MOST IMPORTANCE OR IF YOUR RANK ALLOWS YOU TO.
Spartan ThatSneeze-10-262 is an ONI operative.
He is a very skilled spartan specializing in stealth and surprise attacks against the enemies of ONI, UNSC or not, he would do whatever was ordered. Kidnap, kill, maim, massacre, torture, wipe memories and databanks, steal, destroy.
Anything.
Anyone.
No one is safe.
He is currently a Jumpmaster and drops with ODST specialists and spartans even though he occasionally doesn't wear the armor as it must change preference from mission to mission. He mastered the ability to surprise enemies by dropping in on their location and prefers to enter hotspot situations by drop pods. Is very suitable to kill other spartans, marines, grunts, jackals, elites, hunters, crawlers, soldiers, knights, watchers, wardens, skirmishers, drones, brutes, and any high priority target such as prophets or flood. If you name it, he has probably already killed it. He has done many vehicle drops as well, along with the infamous mantis drop. It was for a CLASSIFIED and he was CLASSIFIED in his mission. He was originally a freelance soldier for CLASSIFIED when ONI gave him an offer he couldn't refuse. Work for them, and be inducted into the infamous Spartan project as well as a few major changes to his credit account. He has worked for ONI ever since and is currently stationed on the UNSC Infinity as an ONI infiltrator to be their secret operative to carry out their missions on the Infinity wherever it goes and even on the Infinity. They simply know him as an ambassador for an unknown company and command has forbid them to ask any further questions beyond that.

What is your favorite vehicle in halo5

accidentally killed all 10 of my teammates and got immediately kicked when i rammed them all down with the ultra ghost :(
probably that