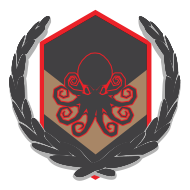 “Most of the crew - not to mention your fellow jarheads - will be leaving the ship in lifeboats. They'll ride to the surface in air conditioned comfort, sipping wine, and nibbling on appetizers. Not you, however. Oh no, you're going to leave the Pillar of Autumn in a different method. Tell me boys and girls… how will you leave?”
— Major Antonio Silva, aboard UNSC Pillar of Autumn.
“We go feet first, sir!”
— Shock Trooper's response.

The Orbital Drop Shock Troopers (ODST) are a special operations capable organization of the UNSC Marine Corps that specialize in orbital-dropped shock infantry and special warfare tactics. The ODSTs are one of the primary Special Operations units of the United Nations Space Command, and is under the supervision of Naval Special Warfare Command.

Since the halo MCC is a joke and matchmaking for these missions has been removed, im looking for people to play with. Kinda looking for serious players. Legendary would be my preference.

Be cool to do them all in a row.