When my brother and I were kids, we never owned an Xbox or Playstation. Our gaming was done on the computer, or on the Wii. When we would travel to California to see friends and family, we would visits a friend’s house and would play with him on his Xbox 360. One time, he introduced us to Halo 3. I fell in love immediately. We played both campaign and multiplayer. I remember playing the mission “The Covenant”, as well as getting my butt kicked on the maps Ghost Town and Valhalla. The short time I had spent with it, I had fallen in love with Halo.
Fast-forward about seven years, when our parents surprised me and my brother with an Xbox One. The very first game we bought was Halo: The Master Chief Collection. Over that holiday season, my brother and I played split-screen co-op on the campaign for hours on end. (Most of the time, I took the precise role of a sniper, while my brother blew everything up with the Rocket Launcher.) Whenever we had free time, we were slaying our way through Covenant forces or the Flood infestation.
At the time, we were not allowed to do online multiplayer through Xbox Live. So, my brother and I would start custom matches in everything from Halo: CE to Halo 4. We would spend hours on end playing Halo 3 Rocket Slayer (rockets only) on Last Resort and Avalanche, with the occasional Slayer on Sandtrap. I also remember fondly a game mode that we invented. We called it Smash-‘em-up-Derby. We would start a game of Team Snipers on the classic Blood Gulch from Halo: CE, hop in the Warthogs, and ram into each other. The goal was to try and knock the opponent out of his vehicle and run him over before he could climb back inside. No shooting was allowed. We had a blast.
My favorite part about Halo is playing with somebody. It doesn’t matter if it is campaign or arena, I just love having somebody next to me to play with.
Halo to me means community. The “couch communities” we have built with those playing next to us, or via Xbox Live, have grown into the larger main Halo Community. This also includes the Halo YouTube community, where we have people like iSpiteful, Luke TheNotable, spliced-117, Pingy, etc. spreading the fun that is Halo. 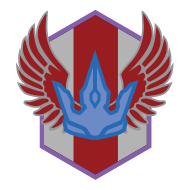 What Sight do You Use?