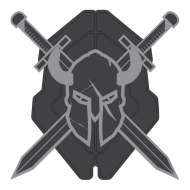 Brigradier.Lancer.Assault.and.Defensive.Ex-ops. Fireteam Blade is a squad of three elites and two spartans who each have significant abilities in comparison to ordinary soldiers, they behave hyperlethal, especially when apart, and are a relentless force of the UNSC, brought together by ONI. Being the first and last spartan fireteam to defend Agartha in the Reclamation war of 2577, they discover the nightmare the Reclaiming Throne fought to prevent.
The worst flood outbreak since the forerunner flood war, led by a precursor.

Now, after years worth of fighting the Unsc has developed a stable hold and can now begin producing more units to combat the great flood threat that threatens the Agartha population. Recruiting for the Blade initiative has begun, but before our recruits are ready to combat the flood they must first train against eachother. Join our ranks to become the best you can be.

I want some enhanced color options for the IFF system. Notably, I want a "yellow allies" Motion Tracker whilst retaining blue ally shields.