An original Spartan-II, Brock-222 was off the books. A secret to all but Doctor Halsey. 222 trained separate from the rest of the Spartans, specializing in stealth and CQC tactics. At the age of 14, along with the other Spartans, he underwent the augmentation procedure, which was a resounding success. However, Halsey still kept him off the books from the other Spartans. Tired of his isolation, 222 snuck out of his area of surveillance, using his training against the security systems. When the systems came back online, Halsey discovered that he was missing. Squads of marines, armed with live ammunition, were sent to hunt him down. They eventually found him, sitting and eating with the other members of the Spartan program. Halsey decided that, rather than trying to keep him and the other Spartans quiet, she would simply let him join the others.

222 was an oddball among the other Spartans, simply because his training focused more on avoiding detection and ambush tactics. The other Spartans were trained similarly to the Marines, facing an enemy in open combat. He began to adapt to this new style of combat, but held fast to his stealth training more often than not.

As for his first mission against the Covenant, he was sent in, alone, to steal a shield system before it was implemented into the armor of an Elite. He snuck in and out of the factory without issue, and the shield module was reverse-engineered for the Mjolnir system. He was on Reach when it came under attack in 2552, and fought in the main battle against the Covenant spires in the Viery territory. He was trained to pilot Falcons on Reach, and quickly mastered aerial vehicle use. He piloted one of the Falcons used to provide air cover for the ground teams, and also took place in the operations in New Alexandria. He originally provided air cover for the evac shuttles, but was overwhelmed and shot down on the outskirts of the city. He then trekked to a nearby ONI facility, only to find it burnt to glass. He continued on to the next one, and was lucky enough to find a Pelican to take him to what was left of the battlegroup. He barely made it onto a frigate before they were ordered to retreat.

During the Battle of New Mombasa, he took an enemy Active Camouflage module for use in further stealth operations. He then attempted to sneak aboard a Covenant Super-carrier using a stolen Banshee, and succeeded. He was aboard the Covenant flagship. He began to work his way towards the bridge, but was stopped by a patrolling Honor Guard. He activated his camo and began to toy with the Elite, unable to discern where the intruder had gone. As the Elite went to raise the alarm, 222 tailed it, eventually encountering the Prophet of Regret. Upon hearing that the Prophet planned on running, 222 decided to sabotage the engine core. However, after placing the demolition charges, the ship prepared for slipspace. 222 base jumped out, landing on the outskirts of the city. Moments after he landed, Regret's ship began to move toward the city's center. As the slipspace portal opened, he hit the detonator, but nothing happened. Either the radiation had scrambled the signal, or the Covenant had found his bomb. He watched, helplessly, as the ship he could have been on made the jump, along with a UNSC frigate that snuck in at the last second. 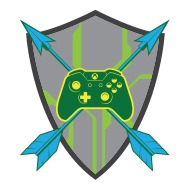 Wizards of the Pack

"A starved wolf is more dangerous than a fed wolf."

The next annoying big thing is here guys