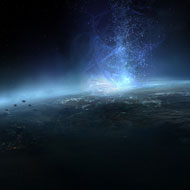 My first encounter of Halo was at a EB Games store that had the original Xbox and demo of Halo:CE. As soon as I started playing I was hooked, it was a Warthog mission where I was just gunning Covenant enemies down. From that moment on I knew I had to get this game...

I began playing Halo:CE with friends, mostly split-screen. My name at the time was DarK HaVoC. I loved the first Halo so much I couldn't wait for Halo 2 especially from the Halo 2 announcement at E3

Spoiler:
Show
https://www.youtube.com/watch?v=b1AOHoyDFuA
My first Gamertags in Halo 2 started with UnrealRacerRSI and UnrealBleuSTi. Later on I just stuck with the name "UnReaL" cause of my favorite shooter Unreal Tournament 2004. TXz UnReaL followed soon after which was part of Twilight ExecutionerZ clan by Halo 2 montage legend Dymdez. During this time I had my first pro encounter with Halo 1 and Halo 2 pro "Zyos" at a car show called Hot Import Nights which was holding a "Play A Pro" event. After we played I knew I wanted to be a Halo pro. I created a secondary gamertag not long after my encounter and created iNeX UnReaL which was used for my Halo 2 team iNeXeS with iNeX Arkive, iNeX Nickfat and iNeX OnlyTakes4. We never got to compete in tournaments but practiced against top teams such as Exit Woundz and Str8 Rippin. Later on in my Halo 2 career I left TXz and changed my tag to VzN x UnReaL from the Halo 2 clan ViZioN which was the top 10 clan on the leaderboards at the time led my Pepperz, Nimrook and Tek Neekz with also Halo pro Gun Shot. Following into Halo 3 which wasn't my favorite, I never really put too much time into it. I ended up taking time off and I returned a few years later to play Halo:Reach which is currently one of my favorites with Halo 2. I played some competitive Halo:Reach but not much. Nothing was really working and just not enough time. Halo 4 i just played online but also nothing serious as it was one of my least favorite Halo games. I returned to play competitively in Halo:The Master Chief Collection but wasn't successful as my team split-up.

With the release of Halo 5: Guardians I took a different approach and started playing more against online competition and ranking up against current top players. Also began the creation of two spartan companies with long time Halo player since Halo:Reach Doza and new friends from Halo 5's Warzone we created Rippin and a month later Tearin for the Warzone gametype. It has been very competitive and just a blast to play with everyone. It's good to be back, although it would be nice to compete once again and actually win something. Not sure if it's in the cards for me in Halo 5. But the last 10 years have been a fight, shout out to all my teammates and opponents GG's as I leave you with my only two montages from Halo 2 and a gameplay from Halo: The Master Chief Collection.

The hype for montages was real back then...
Spoiler:
Show
http://www.halo2forum.com/showthread.php?t=17508
Halo 2 - Montage 1
Spoiler:
Show
https://www.youtube.com/watch?v=jvqe0vlopjw
I've played with some of the most competitive players in the Halo 2, in Montage 1 you can catch II Poison II, 3D OGRE 2, Stoner 1, Stoner 2, StK Ogre Eh, SV Poon, Great Colossus, Stew 007, Mongler, Nakamura, TSK Boo, Ey3dea and Foulacy as I was just starting to play with these players before MLG was becoming big in the scene.

Halo:MCC - 2v2 Gameplay vs DoctorPilgrim & Demizer
Spoiler:
Show
https://www.youtube.com/watch?v=kiJFZMG9e0w
(This gameplay is a perfect example of why you should never give up even if your down, GG)

Thank you all for the good times and memories. Shout out to Bungie, Halo2Forum and MLG for making Halo 2 the best and my favorite video game ever! 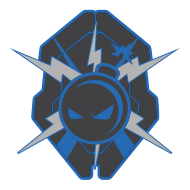 ATTENTION: THIS COMPANY HAS COMPLETED THE ACHILLES ARMOR SET. IF YOU ARE INTERESTED IN ACQUIRING THE (ACHILLES ARMOR ONLY) PLEASE APPLY TO THE Wreckin COMPANY. WE ARE OPEN TO ACCEPTING APPLICATIONS IF ANYONE WOULD LIKE TO APPLY.

This company is created by grinders for grinders, in here you live for the Warzone and the Grind! And then as Hedo Rick would say "the wild women, the wild women...Rippin and uh tearin....rippin and uh tearin." Is there any other way? The answer is no, there isn't. Join now if you're looking for revenge...all summa 16" and of course for a lifetime supply of Spood Beasts™

Congratulations Rippin members! we have acquired the "Achilles Armor" (2.22.16) and "Achilles Helmet" (5.13.16) thanks to your sweat and grind in all of Arena and Warzone we completed all the company kill commendations to acquire the Achilles armor. It approximately took the Spartan Company 1 month and 11 days to unlock the armor piece and 2 months and 25 days to unlock the helmet piece. The final commendation that sealed the deal was "First Strikes". We are so excited to acquire this armor piece after putting in all the dedicated hours, day and night to complete all the commendations especially in the final stretch facing numerous challenges. Thank you for going above and beyond attacking grenades,reversals and the first strike commendations with the utter most consistency and productivity. Your determination proved you live for the grind! We want to thank everyone for all the time and effort you all have put in to not only make us a reputable Spartan Company by winning against some competitive teams but by challenging yourselves and breaking our own records for fastest Warzone Assault wins, your creativity in forged maps that made the Community Spotlights and the assassination on Bravo that made the front page of Reddit Halo, are all amazing accolades next to the armor that are definitely never going unnoticed! Keep your head up high and wear your armor proudly, you all deserve it!

"We are united by the grind" - Rippin,Tearin & Wreckin Co.


Forge Spotlight:
Check out Rippin's most downloaded forger SexyMasterChief featured on Forge Labs, Achievement Hunter, Zanny Vids and you can even watch iSpiteful playing his most popular creation Duck Hunt! make sure to add SexyMasterChief for more forged maps straight from the File Browser.

Check out Rippin's elite forger LoTuS featured on PineappleRocket & The UNSC Veteran YouTube Channels! You can review all his maps on ForgeHub.com and make sure to add LoTuS for more forged maps straight from the File Browser.

Armor Completed - 2.22.16: Only Spartans who have mastered themselves, bound their wrath and passion within a shell of hyperdense steel fueled by starfire, are granted access to the ACHILLES. Lesser warriors will lose themselves in a storm of blood.
To receive this armor your Spartan Company must achieve Level 3 in all Kill Commendations.

Helmet Completed - 5.13.16: The AI that lies within the branching lattice of the ACHILLES' neural interface gnaws at the mind of its partner. No Spartan can stand alone against its urgings of unbridled excess, but through bonds of loyalty and duty they can be held at bay.
Spartan Companies must achieve Level 5 in all Kill Commendations to receive this helmet.

MCC Update - Questions for the Team?

Definitely this and the shot registration which I would say would probably be better with the server update and all.