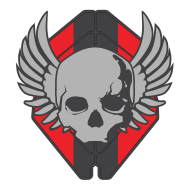 We decide who lives and dies.

The Valkyries were Norse spirits who brought fallen warriors and champions to Valhala. Fireteam Valkyrie will decide who lives and who dies! Please only join if I know you or if you own a full set of Nightfall armor. There are four ranks to achieve in this Fireteam. Co-Leader: Earned by leadership and signs of courage and earned by trust. Captain: Earned by trust and outstanding work done on the field of battle. Lieutenant: Earned by reaching level 20 and showing signs of a good soldier. Recruit. Earned by joining Fireteam Valkyrie.
Spoiler:
Show
Joining means you accept the responsibility of being on of the most Mlg halo fans in the universe.

I just got the rarest helmet in the game

Kay thanks for telling everyone about something LOTS of people have achieved. It's not even legendary.