Use of several neurological perimeter breaches has left FenrirRonnoc with a few long term side affects such as Blood lust enhanced by neuron augmentations, ability to bypass Mjölnir security protocols which in turn allows him to push his armor to breaking point and his AI to compensate for these along side several other irregularity's has taken on a base form I.E wolf like tendencies earning him his Code name

Originally ONI due to security treat protocols was going to have Spartan (code-name) FenrirRonoc terminated but due to unseen circumstances in which FenrirRonoc obtained said information there was a breakout, A.N.I.M.A.L was then disbanded and the incident report deleted, FenrirRonoc was the collaboration of a team working on a new brand of spartan but in doing so created a rouge agent with unnatural talent for combat

Connor was the first trail subject of the A.N.I.M.A.L augmentations and the last

Due to lack of testing two of his AI objectives would of faulted due to the deep embedded augmentation coding, they are as follows: 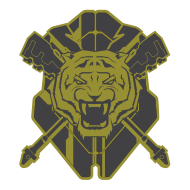 THE RULES :
1-Respect all members better way has possible.
2-Players should not quit the company without sending a message to the leader explaining why do they wanna quit ( all players will be in a excel program soon).
3- commendations are really IMPORTANT to full till level 5 Max.
4- Loyalty is important in this clan.
5- Work has a team no argument.
6- Invite your friends ,family and comrades or anybody you have in mind tha can grind.
7-never rush yourself take maximum of your time to grind has much has possible.
8- must play Warzone and Arena during the week-days attending to full the commendations of the company.
* must play during the week-ends attending to full the commendations of the company
* if needed to rest ,having exam, or something else important please contact the lieutenants
* more then 2 weeks of absent or not active= kick out of the company.

REQUIREMENTS.
- Play 2-3 or more hours per day available of Halo 5 that goes toward Kill Commendations and any kind of others like assist etc.... (Arena and Warzone).
-GAP ALWAYS need to be concentrated to be completed never to be ignore.

REQUISITIONS PACKS SUPPORT:
- Show your leader some love by sending him a "DONATIONS" REQ PACKS (gold req pack).
- Claim and earn has many req pack has possible even from events because every items count
-Events req packs are acceptable example: platinium pack, valentine pack, etc.


ACHILLES ARMOR SET GRINDING. (NEW)
-Are you a PRO and looking for a company to grind ?
-I do not accept DEFAULT message for recruitment = rejected.
-say no more request yourself to be accepted to this company called Dark Empire Team
-players who do not answer my messages or in interview can not join the spartan company
-we will accept you for free with no forms to full-up
-just to keep it clean I will promote lieutenant to kick off leechers and non active players