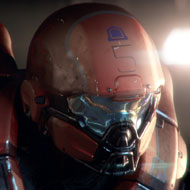 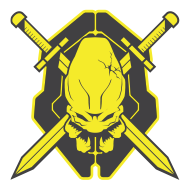 [Open on a top-down shot of Winston's desk. Winston grabs the camera and pulls it up to point it at him. He is eating a banana.]
Winston: Is this on?
[Cut to Winston reading his script and adjusting his glasses.]
Winston: I made a chronal accelerator. I'm sure I can do this.
[Cut to Winston looking directly at the camera. The room is slightly darker as the sun has begun to set.]
Winston: To all agents of o-
[The camera falls back down. Cut to the same shot of Winston facing the camera.]
Winston: To all agents of Overwatch! [sigh] That's not right..
[Cut again. The room is barely lit now.]
Winston: To the FORMER agents of Overwatch! This is Winston! Ha ha! [slumps] ..obviously.
[Cut again. The room is completely dark now. Winston growls in frustration, then laughs awkwardly and adjusts his glasses.]
Winston: ..Thirty years ago, the Omnics declared war.
[Winston pulls a hologram image and puts it onscreen. It is an image of a large omnic marching through a city, with a small army of orange Bastion units behind it. People are fleeing.]
Winston: The nations of the world had no answer until they called upon a small group of heroes.
[The scene switches to Jack Morrison, Gabriel Reyes, Reinhardt, and Torbjörn firing at a stationary omnic turret. Ana Amari is sitting on its back, tearing out wires.]
Winston: Overwatch was created to rescue humanity from the Omnic Crisis.
[The scene switches again. An old man and an omnic, both dressed in blue suits, are shaking hands in front of a podium. To the sides, wearing suits and medals, are Tracer, Gabriel Reyes, Winston, Ana Amari, McCree, Reinhardt, Mercy, and Jack Morrison.]
Winston: We became the greatest champions of peace and progress mankind has ever seen!
[Switch to Mercy, Ana Amari, Jack Morrison, Reinhardt, Winston, and Tracer posing heroically. The words "Join Overwatch Today are visible on the right.]
Winston: You were chosen because you had powers and abilities that made you... You joined, because you..
[Cut back to Winston. The room is still dark.]
Winston: [sighs] You already know this. ..Look, the people decided they were better off without us. They even called us criminals! They tore our family apart. But look around!
[Winston taps on his keyboard, bringing up several scenes that play one after another. The scenes are, in order: an explosion on the top floor of a skyscraper in Numbani, the destroyed railway in Route 66 with fire everywhere, giant omnics firing at the Kremlin from all directions, two Japanese children crying over the body of their omnic housekeeper while surrounded by people with rifles, citizens around the Temple of Anubis in rags and starving, and omnic rights protesters fighting King's Row police.]
Winston: Someone has to do something! WE have to do something!
[Cut back to Winston.]
Winston: We can make a difference again! The world needs us now, more than ever!
[Winston removes his glasses.]
Winston: Are you with me?
[Cycle through one highlight intro from every character, than fade to the Overwatch logo.]