Name: Gordon "Zadus" Deimos
Service #: B259
Unit: SPECWAR/SPARTAN-IV/Fireteam_Strelitzia
Primary Military Specialization: Rogue, Fireteam Leader
Enlistment Date: March 13, 2553
Location: UNSC Infinity
-------------------
Gender: Male
Birthplace: Visegrad, Reach
Birth Date: August 21, 2524
-------------------
Performance: B259 is the leader of Fireteam XMZ. He hand chose the rest of his team, consisting of Lieutenant Jo Ruhlman, and Privates Tik Tak and Dart. Spartan B259 specializes in a variety of weapons and vehicles. Being a "jack-of-all-trades", he using his expert knowledge of the battlefield to gain the advantage on unsuspecting enemies. Specifically, he is a master of the DMR, Carbine, Wasp, and Scorpion Tank. He generally works best as a lone wolf, but understands the advantages of working as a team, and excels at directing his team in the most strategic way possible.
Comments: Can speak Sangheili and is familiar with their customs. Was evacuated from Reach during the Covenant attack on New Alexandria with assistance from NOBLE Team, specifically Noble 6. Originally enlisted as ODST, assisted in several skirmishes against insurrectionists and the Covenant. Assisted in the defense of New Mombasa alongside Sgt Edward Buck. Was hand-selected by Spartan Jun A266 to join the Spartan IV program, alongside Commander Palmer and the first group of Spartan IV's.
-------------------
Spartan's choice of equipment: Carbine, DMR, Wasp, Scorpion Tank
Some of your Spartans previous engagements: Defense of New Mombasa (as ODST), Defense of Infinity, Attack on Requiem
Current Operation: Infinity Warzone
-------------------
Notable Relations: Commander Palmer, NOBLE Team, Sgt Edward Buck
Service Commendations: WZFF Covenant Slayer, WZFF Promethean Slayer
UNSC Tenure/Years of active duty: ~5 years 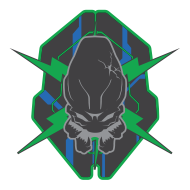 What was your first halo game?

I started off with Halo CE; I actually have a very fond memory of the first time I played.

TL;DR Dad asked if I wanted to play one day, I said yes, it's one of the few things he and I used to do to bond.