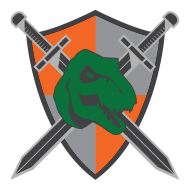 Welcome to Valhalla Dragons we are a competitive/military clan, in this clan you have a lot of branches for people to join.

1.Military ( The VD Legion) - In the military you will be involved in Raids, Team Tactical (TT), Big Team Battle (BTB), and Warzone. The ranks of the military are based on the brotherhood of Steel. However fireteams are used and their are minimal restrictions on their naming conventions( just be serious with the name if you make a fireteam.)

2.Competitive - Here is the branch for you if you want to play area based games against other clans with a more laid back atmosphere however from this branch people can then join the competitive team.

3.Forging (Master Builders) - In our forging branch you will help the clan by building maps for raids, team tactical, arena, and custom games.

Competitive Team - in VD we also have a competitive team that is practicing regularly to have Game Battles and Scrims with other clans. If you want to join the team you can send a request to Juicedant1456 to join and you must have participated in competitive branch scrims or game battles.