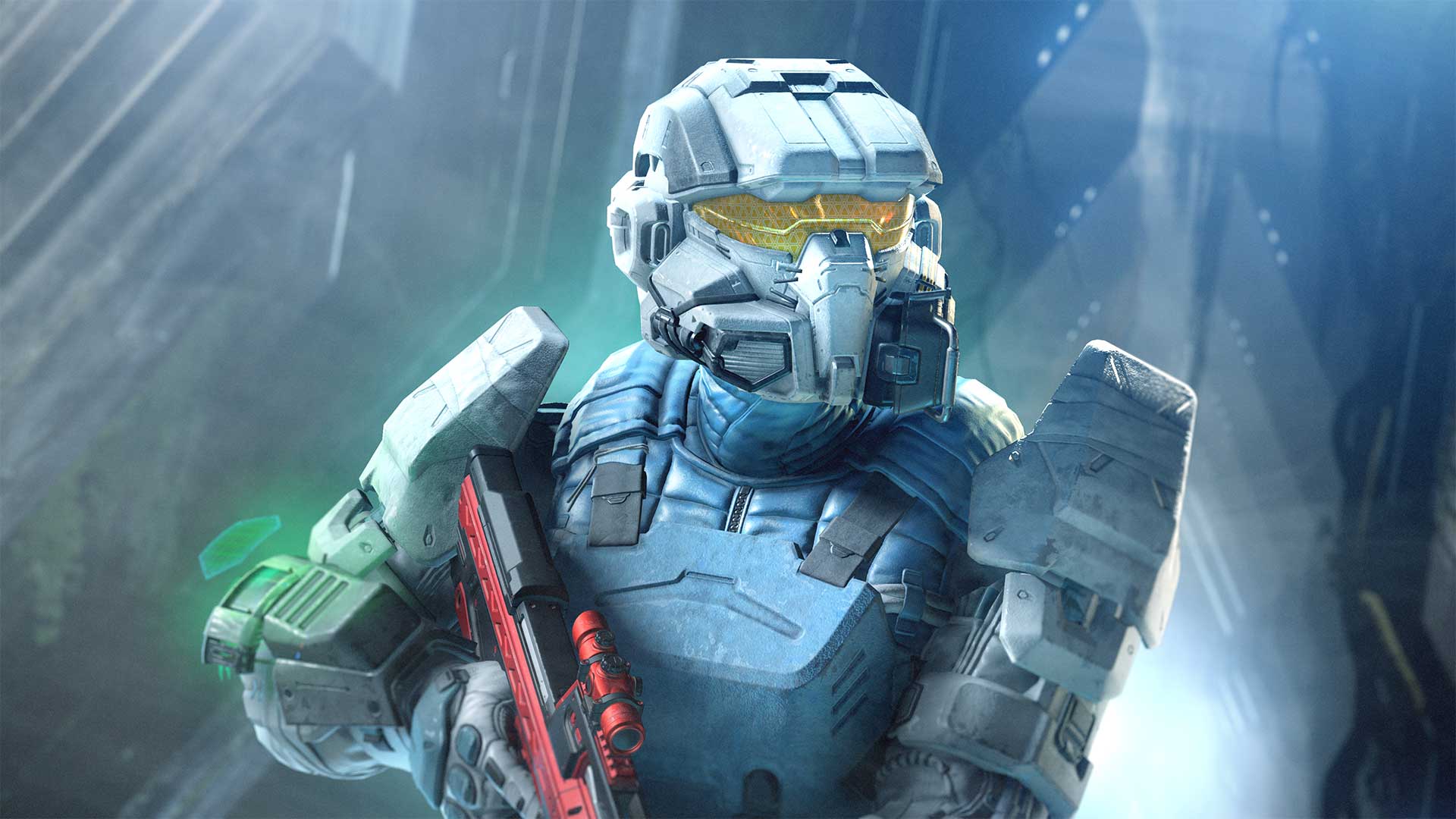 This two-week narrative event, which runs from July 19 to August 2, continues the story of “Lone Wolves,” Season 2 of Halo Infinite. Alpha Pack brings new story cinematics and a free 10-tier Event Pass featuring new cosmetics for your Spartan that can be unlocked through completing Event Challenges.

"Out there... beyond the safety of these walls, without resupply or reinforcements? Survival depends on your teammates and whatever you can find in the field.”

Complete Event Challenges based around the Last Spartan Standing playlist to unlock reward tiers in the free 10-tier Event Pass and outfit your Spartan with new cosmetics for the RAKSHASA armor core!

Take a look at some of the items you’ll be acquiring from out in the field (and keep an eye out for some of Spartan Eklund’s field journals which will tell you more about some of their history and utility)...

At the start of Season 2, the Avery J. Johnson Academy received some unexpected visitors. Spartans Sigrid Eklund and Hieu Dinh deployed from a stolen Phantom, with Dinh in need of immediate medical attention after capturing a dangerous new foe.

The first-of-its-kind Banished AI known as Iratus was contained within Dinh’s armor, incapacitating the Spartan. Eklund informed Commander Agryna that the AI was guarding intelligence about Banished operations, making the Spartans’ mission clear: get Iratus out of Dinh’s head and force it to tell us everything it knows.

Commander Agryna then ordered the Spartans to enter a simulation of the facility on Camber, serving as bait to entrap Iratus within the Academy’s systems where they would then crack open the Banished archive using the facility’s ONI tech.

But the missions change.

HOW TO VIEW CINEMATICS

In order to view the season cinematics, simply do the following:

A) From the main menu, navigate to the Seasonal Hub page.

B) To view the Season Intro, simply press X on Xbox or F on PC and the cinematic will load.

C) To view Alpha Pack’s introductory cinematic, when you enter the Event Pass page for the first time it will load automatically.

D) To view Alpha Pack’s concluding cinematic, when you enter the Event Pass page after completing all 10 tiers it will load automatically.

EVERY SPARTAN FOR THEMSELVES!

Some of the old hands here know what you’re in for. For the rest of you who are due an education, 12 Spartans spawn with a pre-determined loadout and 5 respawns. All 12 players will fight for survival, accumulating personal score to power up their loadout.

As the match progresses, players that run out of respawns will be eliminated as the play space encloses until only one Spartan is left standing.

Last Spartan Standing can be played on all of Halo Infinite’s Big Team Battle maps, which includes:

Log in any time during the Alpha Pack Event to unlock the Iratus Unleashed emblem and nameplate...

…and complete all your Weekly Challenges (and the Ultimate Challenge) to be rewarded with the Tactical Clippy weapon charm. There is, after all, no finer companion one could hope to have on the battlefield—even in charm form!

Finally, head to the Shop and grab the CAMBION Helmet Set. This contains the fearsome CAMBION helmet, along with the UA/Februus, FCI-X/CIBO, and FCI-X/BANE helmet attachments, as well as the Lucky Number Seven emblem and nameplate.

Now go forth and lead the pack to victory!

Enjoy some event goodness for your social channels or your desktop with the Alpha Pack Press Kit.