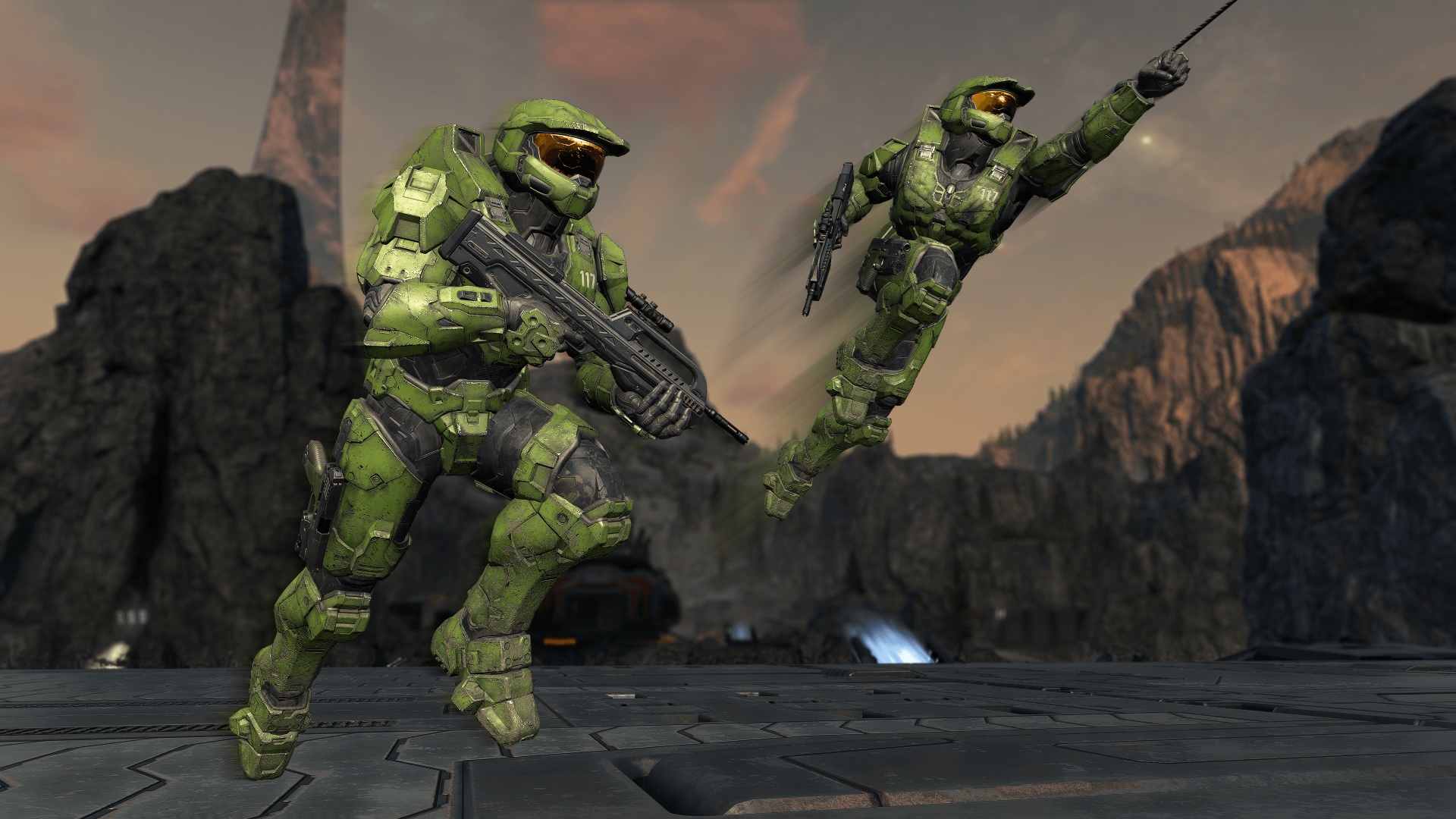 Campaign Network Co-Op and Mission Replay arrive on Zeta Halo this November, and a slew of new Achievements are coming alongside it.

There are 24 new Achievements, bringing 420 total additional Gamerscore to Halo Infinite. Some can be completed solo, while others will require you to work with up to three of your friends in order to pull off feats worthy of a legendary SPARTAN-II super-soldier. The addition of Mission Replay also helps your Fireteam try and retry going for each of these Achievements with ease. So, grab your friends and get ready to relive your odyssey from Warship Gbraakon to the Silent Auditorium, and beyond!

Mix Things Up – Get at least one kill with every available weapon and grenade on the Banished ship. (20G)

Stick Around – Defeat Tremonius with the Skewer. (20G)

Out with a Bang – Kill the Tower commander with a Plasma grenade. (20G)

Conservation of Momentum – Complete the Conservatory in less than 15 minutes. (20G)

It Really Does Beat Everything – Eliminate all enemies at the South Beacon with a Scorpion Tank. (20G)

Spire Stalker – Kill 40 enemies with the Stalker Rifle at the Command Spire. (20G)

Turnabout is Fair Play – Kill one Chieftain and use his turret to kill another in the Repository. (20G)

More Than He Bargained For – Defeat War Chief Escharum without ever fully losing your shields. (20G)

What's Rightfully Ours – In co-op, capture all Forward Operating Bases on any difficulty. (10G)

Wardens of Zeta – In co-op, complete all seven Banished outposts on any difficulty. (10G)

First Responders – In co-op, answer all UNSC distress calls on any difficulty. (10G)

Hunting Party – In co-op, eliminate all Banished High-Value Targets on any difficulty. (20G)

Cow Catcher – In co-op, splatter 50 enemies while riding in a vehicle with another player. (10G)

Gruesome Twosome – In co-op, kill 50 enemies while riding a Mongoose with another player. (10G)

Keep It Steady – Kill 5 enemies with a Sniper Rifle from a vehicle. All players aboard vehicle share progress. (10G)

Rolling Thunder – Kill 5 enemies with a Gravity Hammer from a vehicle. All players aboard vehicle share progress. (10G)

Inseparable – In co-op, kill a Hunter and its bond brother within three seconds of each other. (20G)

You, Me, Same Page – In co-op, destroy all cooling towers at the Dig Site within 60 seconds of each other. (20G)

Controlled Demolition – In co-op, destroy four Fuel Silos within five seconds at either Ransom Keep or the Forge of Teash. (20G)

Wolves at the Doors – In co-op, lower all three gates within 15 seconds of each other at Riven Gate. (20G)

NOTE: As the team prepares to launch these Achievements, they may begin to show up online ahead of the Winter Update. If you see them listed, please know that they will not be able to be complete until the Winter Update lands on November 8.