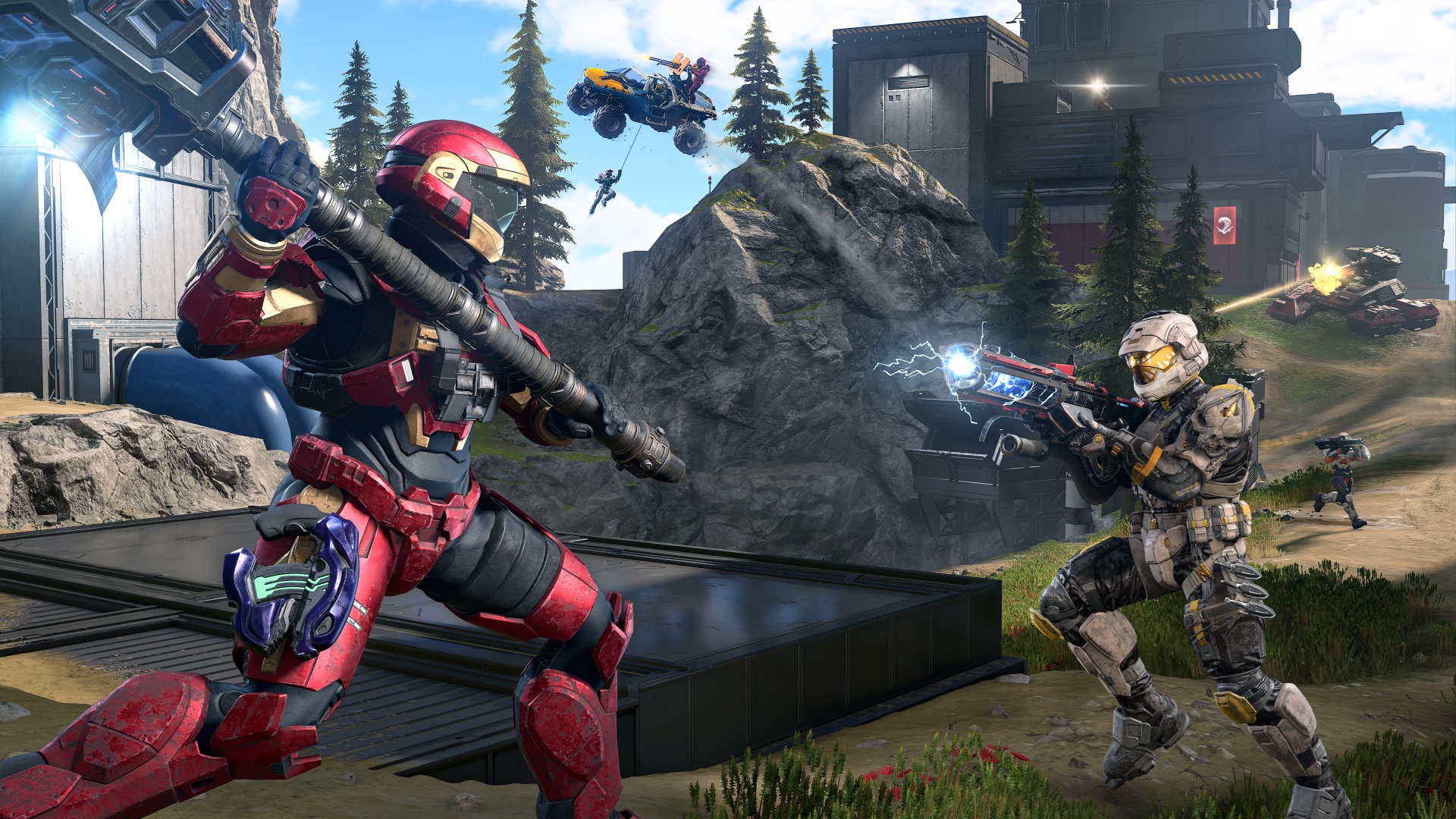 We’ve got two changes coming to Halo Infinite’s playlist line up next Tuesday, September 20: The Yappening BTB shenanigans will continue, and we’ll be rotating out the dedicated Land Grab playlist.

Before we jump into those specifics, we wanted to share some insights around how the current playlists are performing, as well as the team’s philosophy and priorities for ongoing playlist management, as these are questions we hear often.

Ever since Halo 2, matchmaking playlists have been at the heart of Halo’s online multiplayer and that remains true today in both MCC and Halo Infinite. Likewise, for as long as there have been Halo playlists, there have been rotational plans that see various modes coming and going at regular intervals. With Infinite, we haven’t seen a lot of rotations thus far, but as the team continues to amass a backlog of tried-and-true modes—along with brand new offerings—this will occur more regularly.

When it comes to playlist management, the team’s priorities are offering variety and breadth of experiences, focusing on the things that are most popular to players (while improving and evolving those that are less popular), and maintaining the best player experience possible.

In general, when new playlists are added, there’s a likelihood that overall match quality declines as the player population is spread across more options (unless, of course, a suitable influx of incremental new players is seen). As a result, some playlists become “unhealthy,” meaning they will experience longer than desired wait times, degraded online performance due to smaller populations around specific data centers, and/or larger than desired variances in player skill levels. Each of these factors can contribute negatively to the overall experience, with the worst case being some players have such a bad time that they move on entirely.

Most recently, Last Spartan Standing was removed as a dedicated playlist due to it no longer sustaining a suitable level of engagement to hit the match quality and player experience bars the team has set. For context, LSS accounted for less than 1% of all player activity (despite it also being some players’ personal favorite mode).

The team has to weigh all of these considerations any time a new playlist is added and/or the population changes. Meanwhile, rotational playlists will continue to play a part in matchmaking and should become more commonplace as the game continues to evolve.

Overall, playlist management is a dynamic process and our plans will continue to evolve based on data and player feedback.

Quite a few folks were surprised to hear that Last Spartan Standing was hovering around the bottom of the list given how much they personally enjoy it. Naturally, this raises the questions of what are the most popular playlists and how do my favorite playlists currently fare?

Here’s a stack ranked list of Halo Infinite’s playlists over the past month to give you an idea of what’s most popular and where players are spending their time:

Anytime we have an active event, we see significant impact and shifts across matchmaking. Since it debuted, the Yappening playlist has been the overwhelming favorite playlist (nearly 4x as popular as the #2 playlist).

THE YAPPENING KEEPS ON HAPPENING

It’s been great to see so many people enjoying BTB antics as part of the Yappening event (which we’ve also been having a blast playing!). Our pal Flipflop the Grunt has thrown one heckuva party and, with his permission, we’re going to keep the good times rolling with a minor change in branding.

When the Yappening officially ends on Tuesday, September 20, the new “BTB Social” playlist will emerge as the new home for the shenanigans you’ve come to know and love in the event playlist.

The Yappening has been a huge success in terms of popularity and engagement, but we’ve also seen the core BTB playlist activity significantly decline in its shadow. The team will be monitoring closely to see how both playlists hold up together and what the overall player experience is to determine what future steps may be needed.

In order to maintain a positive player experience and optimal playlist health, we may need to consolidate and/or rotate things around while we also apply the insights gathered during the Yappening to further improve BTB as a whole further down the road. We’re eager to see how things go and as always, look forward to your feedback.

On Tuesday, Sept. 20, the dedicated Land Grab playlist will be rotated out of matchmaking. While we know many players have enjoyed this new mode introduced in Season 2, at this stage it’s been steadily declining and starting to fall short of the quality bar for a positive player experience.

As Halo Infinite continues to evolve and we see new modes brought online we expect to see more regular rotations to offer experiences players want while also maintaining that high quality bar we have set for ourselves. We can’t always offer everything that every individual player wants today, but we’ll continue doing our best to focus on the breadth Infinite has to offer, the modes that are most popular to players, and keep addressing areas that negatively impact your online experience.

We’ll see you online, and thank you for your continued support!