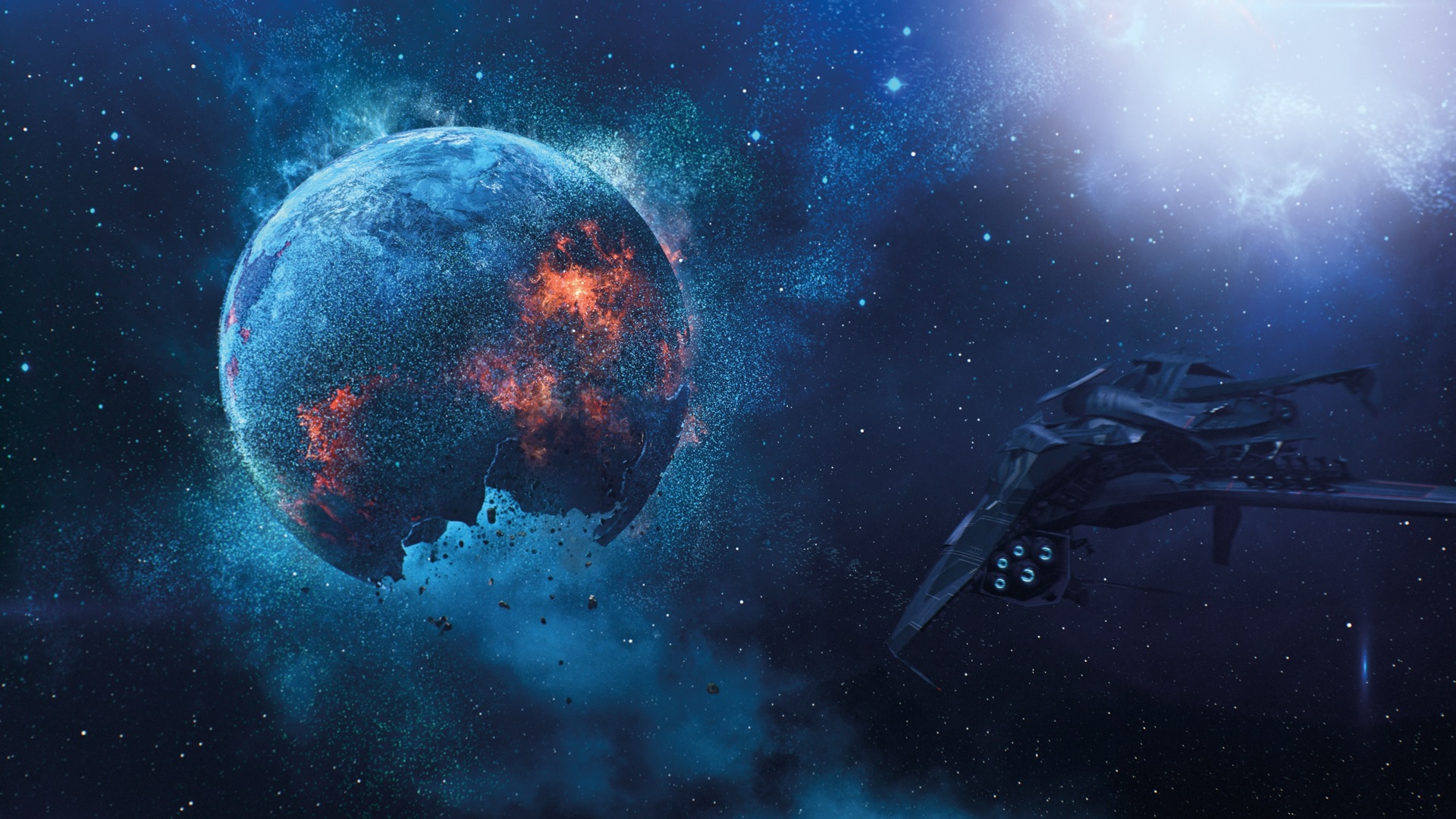 Let’s get you the full debrief on all the latest: The Halo television series has landed, Halo Infinite has received several updates and we’ve teased some of Season 2’s upcoming content, HCS has a bunch of exciting events coming up, and much more!

The wait is over, the Halo television series has dropped out of slipspace and the first two episodes are live on Paramount+!

For more information on what territories Paramount+ is available in (and where it will be available later this year), check out our launch blog for the show. Additionally, for a limited time, Xbox Game Pass Ultimate subscribers can claim 30 days of Paramount+ through Perks – be sure to claim that ASAP.

You might have already heard that the debut of the Halo television series set a viewership record as the most watched original series premiere on Paramount+, and Season 2 has already been confirmed as well.

Over the last few months, we’ve also been releasing issues of the Silver Debrief – a blog series dedicated to the show itself. This is where you’ll find behind-the-scenes information, discussion with Kiki Wolfkill and Frank O’Connor on the Silver Timeline (the show’s alternate branch of continuity), trailer breakdowns, and more.

Catch up on the road to the premiere with our first three Silver Debriefs.

Now that the show is airing, with episodes releasing every Thursday, be sure to tune into Waypoint the following Monday for the weekly Silver Debrief recap issues, breaking down the events of each episode and providing more insight into some of its most monumental events – the first of which released at the start of this week.

Episode two released today. Get a look at what’s to come in Halo The Series Declassified, the official after-show hosted by Sydnee Goodman, exploring each episode of the series with interviews and all sorts of other behind the scenes goodies.

Master Chief? You mind telling me what you were doing in engineering...

The first Season of Halo Infinite is drawing to a close and a recent update from our own Head of Creative, the one and only Joseph Staten, has teased a few glimpses into what we’ve got planned for Season 2, titled ‘Lone Wolves.’ New maps, new armor (including a free new Fracture armor core), and new characters have been teased for the evolving seasonal narrative which will be told over a mix of cinematics, story-themed Events, Battle Pass items and more.

The March update blog also addresses some critical issues that Halo players have encountered and provides an update on Campaign Co-Op, Forge, and looking ahead to Season 3. Be sure to check it out and get up to speed here!

Speaking of blogs, we’ve recently published two Closer Look pieces on some topics of major importance to the online experience in Halo Infinite, concerning Ranked play and our anti-cheat strategy.

Looking to more immediate goings-on in Halo Infinite, the Tac Ops event has come to an end. This event saw Spartans jump into the Tactical Slayer event playlist for two weeks of training to become the finest headshot honchos around, rewarding them with tactical-themed gear – including the coveted Mark V ZETA helmet.

As the event concluded, we noticed an issue that prevented progression for event challenges, and so we’ve granted all ten rewards (and the weekly Ultimate Reward) to all players.

While Tac Ops has concluded, this means that Fracture: Tenrai has returned for its fifth (and penultimate) outing. This event will run from March 29 until April 5.

Whether you’re just getting started or looking to complete your set of samurai themed Yoroi armor for your Spartan, now is the time to jump into the Fiesta event playlist and complete those challenges!

The capstone reward for this week is the Ever-filled Juzu chest attachment. Complete all your weekly challenges to acquire the best place for your Spartan to store their battlefield snacks.

In addition, Game Update 1.1.1.1 released earlier this month and brought with it bug fixes, improvements, and additions to Halo Infinite.

Some of the highlights include:

You can read the full release notes on the Halo Support site here.

Many improvements come from the feedback provided by Halo Insiders and Halo Support tickets submitted by our community. Thank you for participating and please keep submitting tickets!

Kansas City MO will be home to the second Major of the HCS roadmap for teams looking to snag their share of the $250K starting prize pool!

This will cap off the Split 1 portion of the year. In addition to the standard 4v4 faire, the event will also feature a Free-For-All event where portions of a $5K prize pool will be up for grabs.

From March 25-27, the top 10 teams in Europe took part in an exciting three-day event that featured pool play and tournament play.

Acend continued their dominance and captured 1st place and the largest portion of the $100K prize pool.

Viewers at home that watched at least one hour also earned an exclusive Twitch Drop.

All 4 regions will be hosting two-day Open Championships from April 2-3. The top 8 (ANZ/MX) and top 16 (NA/EU) based on points will be put into pool play where they will then be seeded for the championship bracket.

The top 2 teams from each region will earn travel coverage for the Kansas City Major.

We had 36 streamers from around the globe organize themselves into 3 teams of 12 for 3 hours of tournament play.

This was the first HCS Grassroots event that offered Twitch Drops and saw fantastic viewership throughout the campaign.

Streams that typically see 50-100 concurrent viewers skyrocketed to over 1400+ as fans checked in on the light competitive fun and earned an in-game exclusive.

Following the event, there was energy and interest for joining the Ladies Halo Discord (managed by OathxX, Echidna, and others) and for a sequel event.

The HCS GR community will be hosting similar events later this spring!

Last week we announced a new partnership with Wolverine, the 139-year-old boot and clothing company, to release the first of multiple boots inspired by the Halo universe.

To kick off the collaboration, Wolverine revealed a limited-edition boot inspired by the Master Chief, which released on March 29. The highly collectible boot sold out within minutes, so if you missed the Chief boot drop, stay tuned to @Wolverine and @HaloGear on social channels for giveaways and a chance to win a pair.

The Master Chief boot was just the beginning for the Wolverine x Halo partnership, there will be more Halo-inspired boots dropping this Fall available in larger quantities and size range.

Sign-up to receive notifications on the Wolverine x Halo future releases at wolverine.com/halo.

It’s that time of year! The Xbox Gear Shop is running its annual Spring sale, now until April 7th you can save up to 50% on select Halo gear and more!

Head over to the Gear Shop to save big on some Xbox favorites.

This month, our art piece is from Halo Mythos, depicting the conclusion of the fan-favorite novel Halo: Ghosts of Onyx by Eric Nylund. It’s hard to believe sixteen years have passed since that book released, and time has not diminished its impact and emotional resonance one bit!

This stunning piece by Leonid Kozienko for Halo Mythos depicts the destruction of Onyx, the planet that served as the hidden home of the SPARTAN-III program. Kurt-051 sacrificed his life to prevent the Covenant from gaining access to the shield world within, detonating FENRIS nuclear warheads which initiated the process of the planet being torn asunder.

The explosion revealed that Onyx was, in fact, entirely artificial, composed of trillions of sentinels that then wiped out the Covenant fleet. The crew of the UNSC Dusk watched in awe before leaving the Zeta Doradus system – definitely not something the average UNSC servicemember sees every day!

Kurt wouldn’t let them down. All he had to do was single-handedly stop a Covenant army. One last impossible mission... the short definition of any Spartan. It was the least he owed them.

The Fleet Master Elite snarled at Kurt, and the translation filtered through his helmet’s speaker: “One last fight, demon. You will die and we shall reopen the silver path.”

Kurt turned his gauntlet face-up and pressed the detonator.

And so, another Community Update comes to a close...

We’ve got a lot to look forward to next month. The Halo television series will be dropping new episodes every Thursday, our follow-up Silver Debrief recap blogs will drop on the Mondays that follow, and the much-anticipated Halo Encyclopedia is just a few short weeks away (we’ve got a few extra treats planned around that).

Until next time, Spartans!