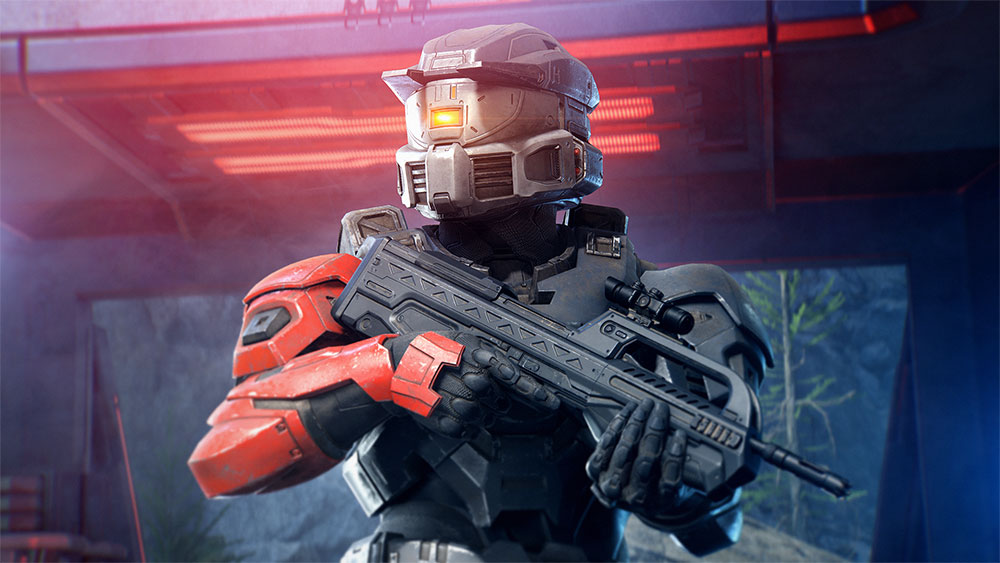 Many of you are well on your way to (or have finished) outfitting your Yoroi samurai core. You’ve been remembering Reach through the Season 1 Battle Pass; you answered the call when Winter Contingency was declared over the holidays and carried your team to victory during the synthwave Cyber Showdown...

But now, the time has come to listen to a man considered so wise that the Spartans named a whole academy after him.

The Tactical Ops event has been deployed, which means it’s time to grab your friends and jump into the Tactical Slayer event playlist for two weeks of headshot-tacular goodness! Your mission begins March 8 and concludes March 22 at 11am PT, so let’s get you a quick briefing.

Many of you know the drill by now, but for all you greenhorns out there, listen up! We’re hot droppin’ you into an event where your speed and precision are the key to victory. You’ll be experiencing some classic Tactical Slayer gameplay (BRs, no radar, no shields, no grenades), but we’ve got a few extra surprise mode variants to mix things up a bit.

In week one, your Tactical Slayer experience will feature the BR, Mangler, and Sidekick variants; in week two, Commando and Stalker Rifles will be added to the playlist lineup.

Of course, it’s not just about the modes, it’s about the glory—the recognition of your grade-A badassery that unlocks unique tactical-themed rewards for this operation. And, boy, do we have a treat for you...

Complete event challenges and unlock up to ten unique cosmetics for your Spartan, including the Mark V ZETA helmet for your Mark VII core. This new take on a beloved classic helmet is not to be missed, and it comes with a variety of other tactical gear—check it out in the image below. Additional event-themed items will be available in the Store.

Now what’re you waiting for, soldier? You know the mission. Get onto the battlefield, keep your eyes downrange, fingers on your triggers, and show the enemy the precise meaning of ‘regret.’