It’s almost spring here in the Seattle area and that means lots of rain right now, but also that more daylight will start breaking through the clouds soon. The birds will be returning, the flowers will be sprouting, and some of our long-lead projects will be blooming. So whether you’ve been patiently waiting all winter for that next Halo novel, getting geared up for the Spring 2021 Arena Season in Halo 5, or waiting on the next #Ask343 video, we have some news for all corners of the Halo community.

Let's take a look, shall we? 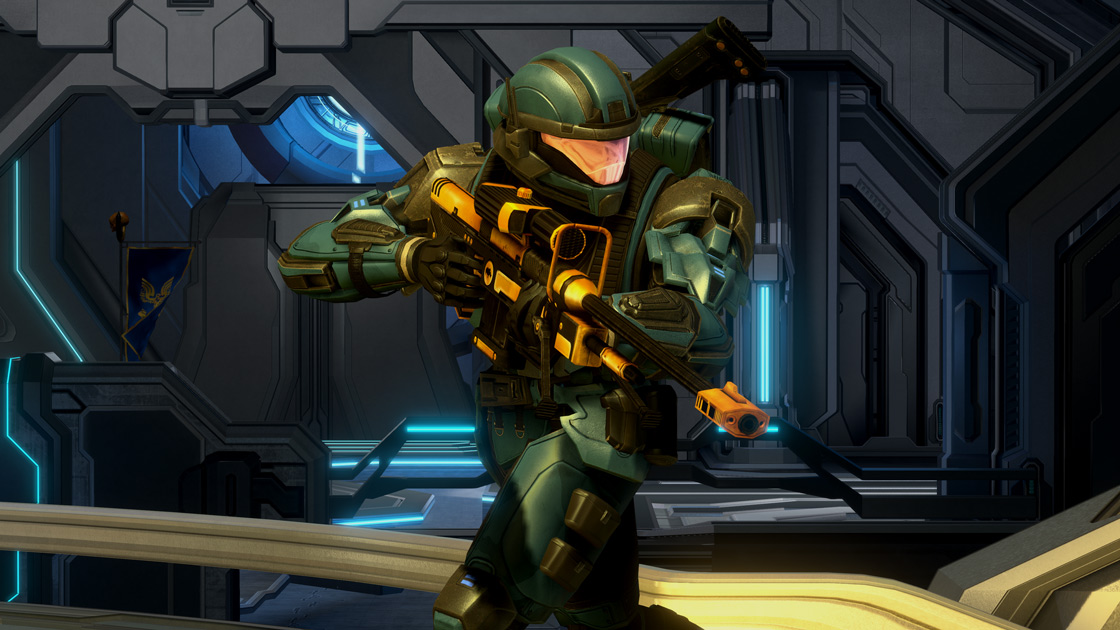 The Publishing Team is heads down in MCC development and that means flighting is officially underway with content from Season 6 and beyond. This iteration includes everything from all new customization content, to new maps, to a variety of features and functionality that will be arriving in MCC later this year.

Here's a list of the items in the ongoing MCC flight as of today's update! 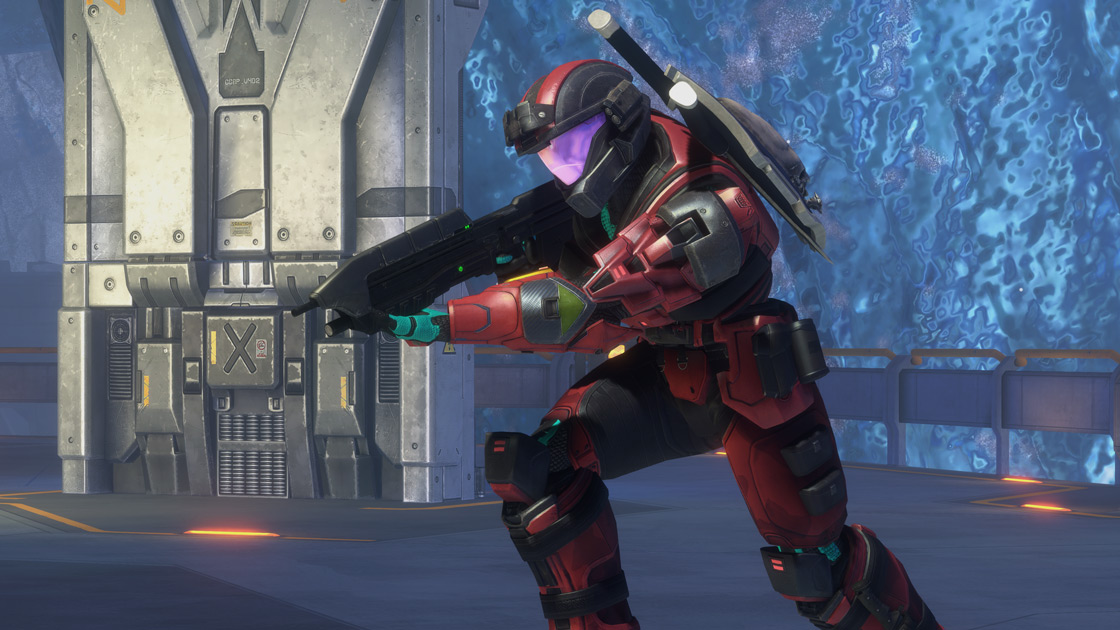 For players curious about what the “Exchange” is, think of it as a place to redeem unused season points. The items on offer will change week to week, and while there may be some new content (and bundles) there is also the opportunity to enjoy familiar favorites. Specifically, we’ll be offering some cosmetics that you may have missed out on from previous seasonal challenges, so stop in and see what’s available to scoop up. You’ll get to try it out for the first time in this flight! 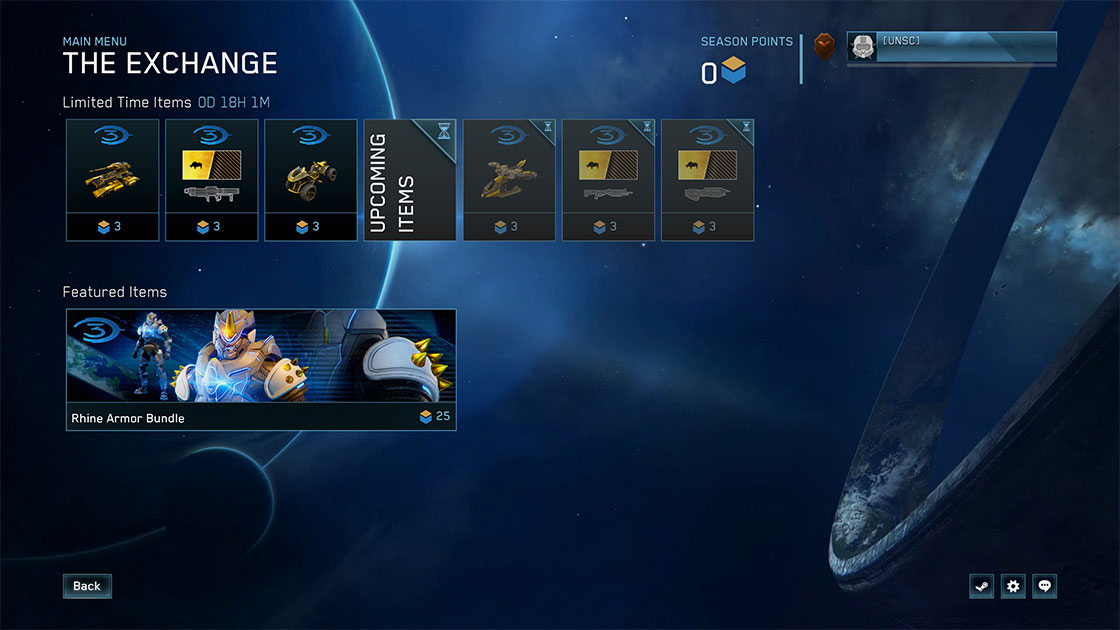 For those of you with keen eyes, you will notice that Custom Game Browser is not on this list. During development and feedback sessions amongst our Ring 1 players as well as our own internal playtests, we determined that this feature is not quite ready to be flighted. The team is going to take more time to develop this feature and let players know when and where it will be available for a future flight.

If you are interested in jumping in and are already a registered Halo Insider, make sure to head on over to your Halo Insider profile and check the My Flights section at the bottom of the page to find your invite. Since the flight closes on Monday, March 15, be sure to jump in and let us know your feedback over in our forums. And, if you do encounter a bug that is not on the Known Issues list, please make sure to submit a ticket at the Insider Halo Support site.

If you aren’t a Halo Insider, it’s quick and easy to opt-in – just head to aka.ms/HaloInsider and enter your info! During the registration process, make sure to opt-in for communications and complete your email verification. And, if you want to participate via PC, please make sure to include a DxDiag hardware snapshot as well.

In case you missed it, Season 6 is named Raven and has some of the trappings from our favorite Halo-themed arcade game. For an early look at some of the great content currently in flight, along with some accompanying lore, be sure to take a look at our latest Canon Fodder post here on Waypoint!

For Women’s History Month we’re celebrating the contributions of women everywhere including those in the Halo universe. To help with that, if you log-in to MCC any time during the month of March, you’ll unlock a nameplate with Noble Team's Spartan Kat! 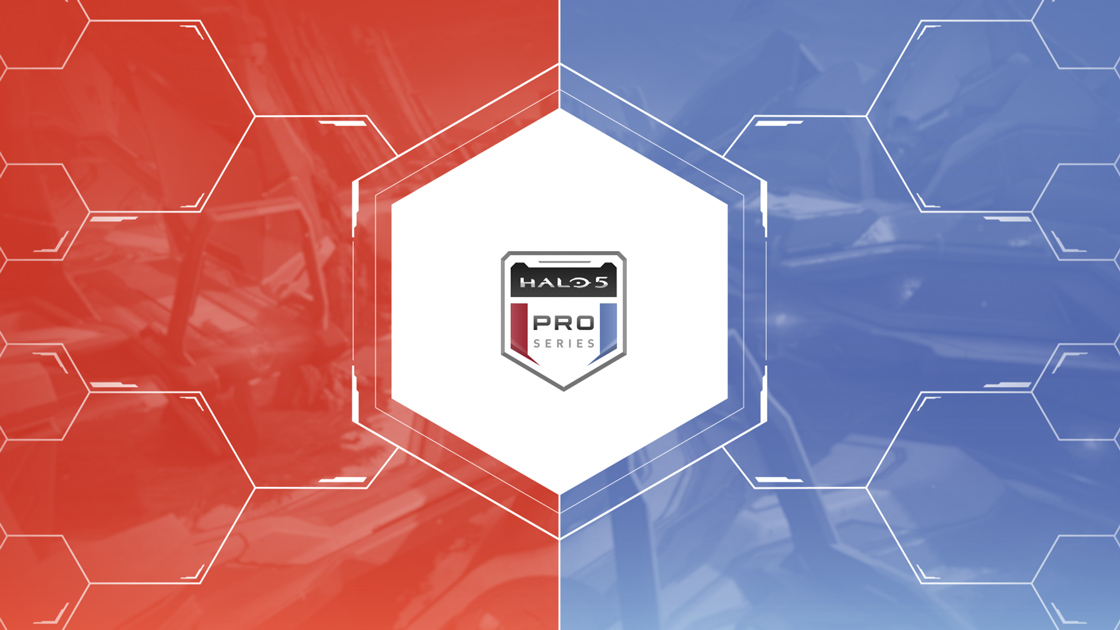 Whether you’re looking to get sweaty and competitive or you just want to dive in for some for-fun-throwdowns – the HCS Team have been hard at work making sure that you’ve got plenty to sink your proverbial teeth into. Across the Pro Series, Halo Infinite Esports, Playdates, Esports Arena Tournaments, Cliptrocity – and even a $25k tournament sponsored by Kellogg’s, there’s a lot to make sure you’re caught up with!

Lucky for you, we’ve got you covered:

The HCS Team have dropped another Esports Ecosystem blog, which expands on their previous post from January! This time around, they give a rundown of just what Tournament Operators will be up to, and the role they’ll play in the grand scheme of things.

You can read the full blog right here – and if you missed it, you can get caught up on January’s blog which introduces the Esports Ecosystem, right here!

First things first, congratulations to the Season 3 Halo 5 Pro Series Champions, Inconceivable! They locked in the $10k grand prize after a stellar final match with Cloud9. If you missed the event, be sure to check out the full rebroadcast of the day’s action.

And whether you’re an aspiring pro or a seasoned vet, the Halo 5 Pro Series has a whole new gamut of events for you to dive into!

For the North American tournaments, the following prizes will be up for grabs:

For the international tournaments, the following prizes will be up for grabs:

For the full details on Halo 5 and MCC Pro Series events, be sure to check out the full post here on Waypoint!

And of course, the Clip Showdown will be returning on our North American Championship broadcasts! Now's your chance to join some of your favorite pros on the big stage during an HCS event – so get those clips ready to share! The Halo Clip Showdown is back on the books for April 10, and the team is on the lookout for some great clips to put on display during the Halo 5 Pro Series NA $10K Championship.

Share those clips with @HCS on Twitter and be sure to use #ClipShowdown! May the -taculars and -trocities be ever in your favor.

Want a chance to play with some of your favorite Halo creators? Looking for a chance to shoot your shot (literally) while standing side-by-side with members of the Halo community? We've got some Grassroots Playdates on the way, just for you! 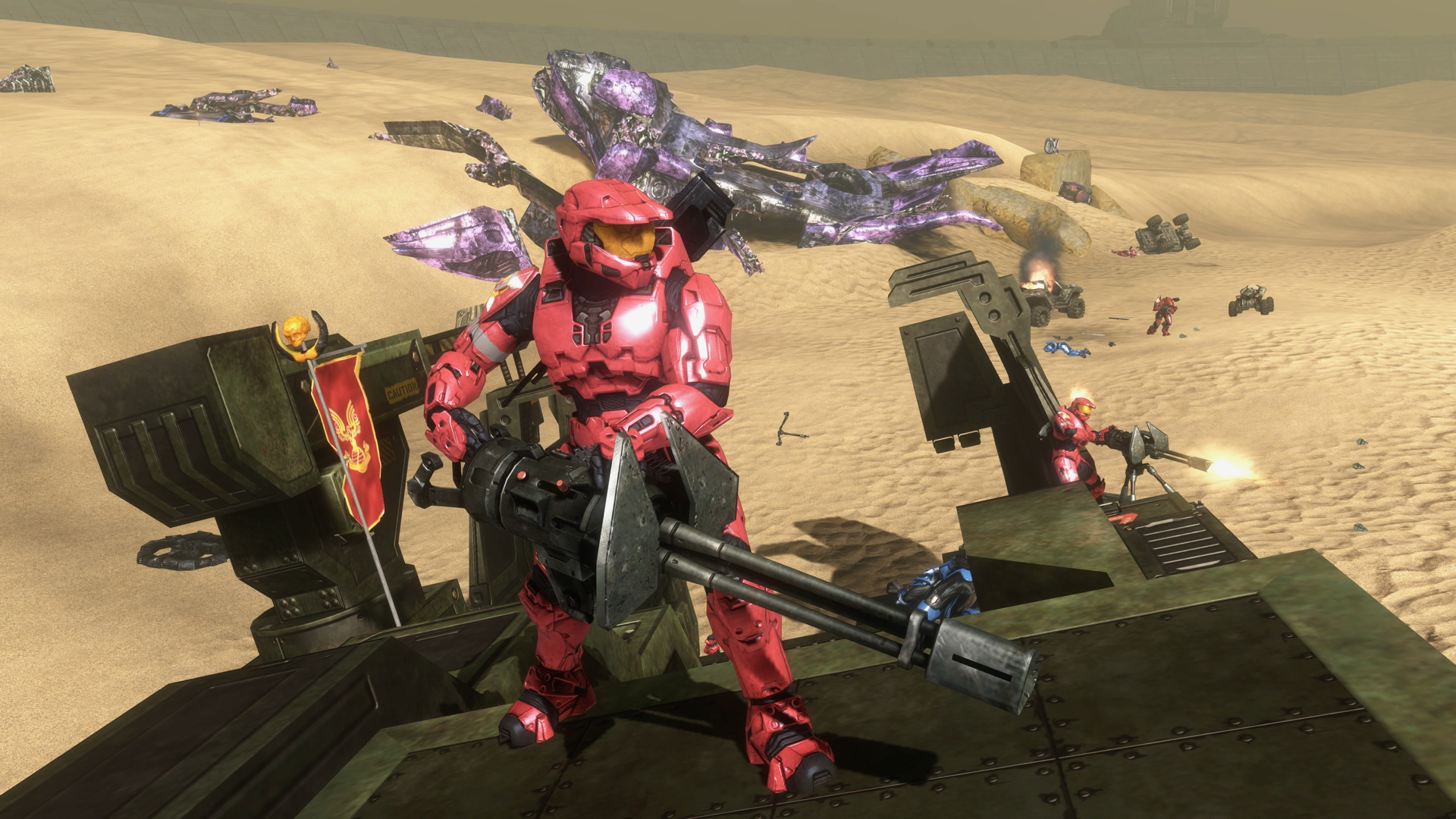 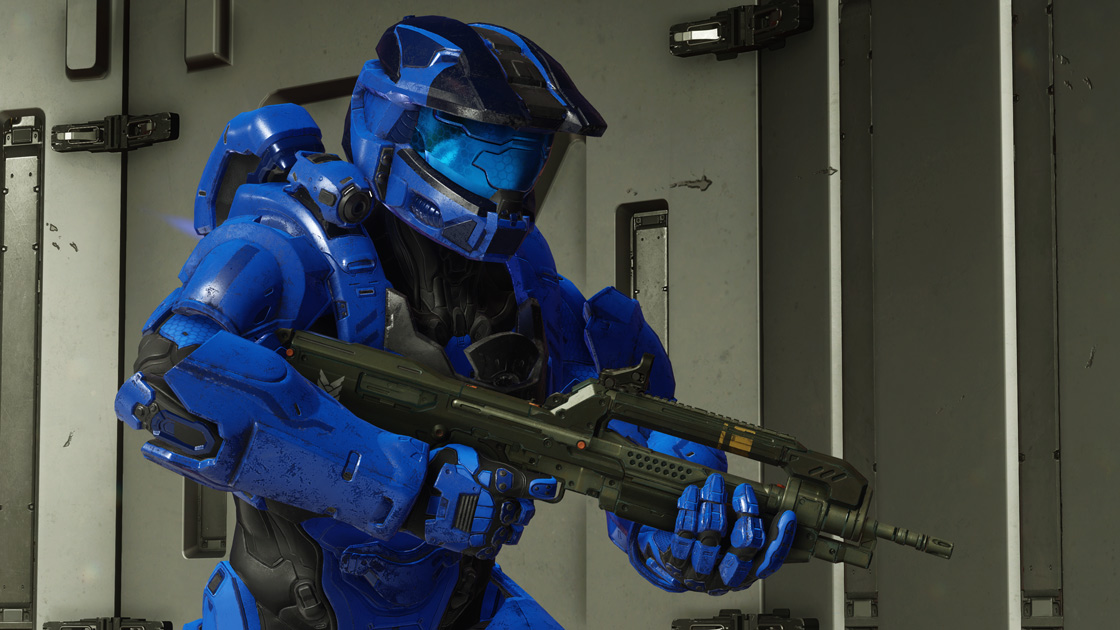 Halo Cliptrocity is back! With monthly opportunities to submit your clips, there's never been a better time to put those highlights on display! To submit your best plays, just follow the instructions below before the April 5 deadline:

Every month, the following prizes will be up for grabs for those that land in the Top 10 plays:

For full details, you can check out the official site right here! 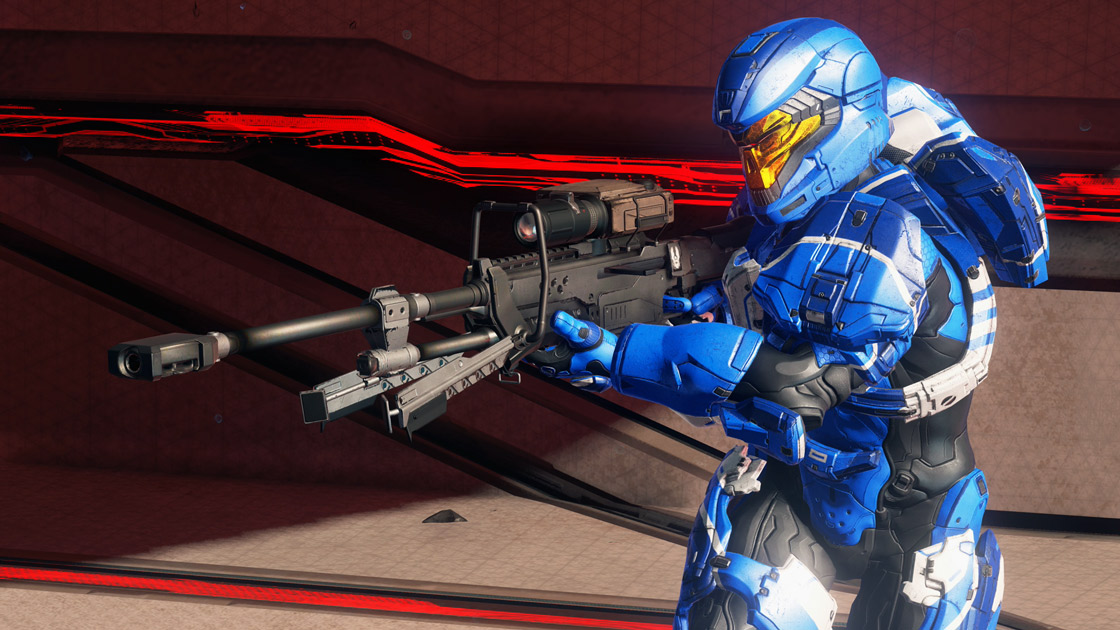 It’s not quite as catchy as “April showers bring May flowers” but March brought with it the new Spring 2021 Arena Season! As a bonus, Team Snipers is also ranked this season so if you’ve been itching to see how sharp your noscopes are, this is the season to prove your mettle.

Let’s take a look at what’s on the docket for the rest of March and April! 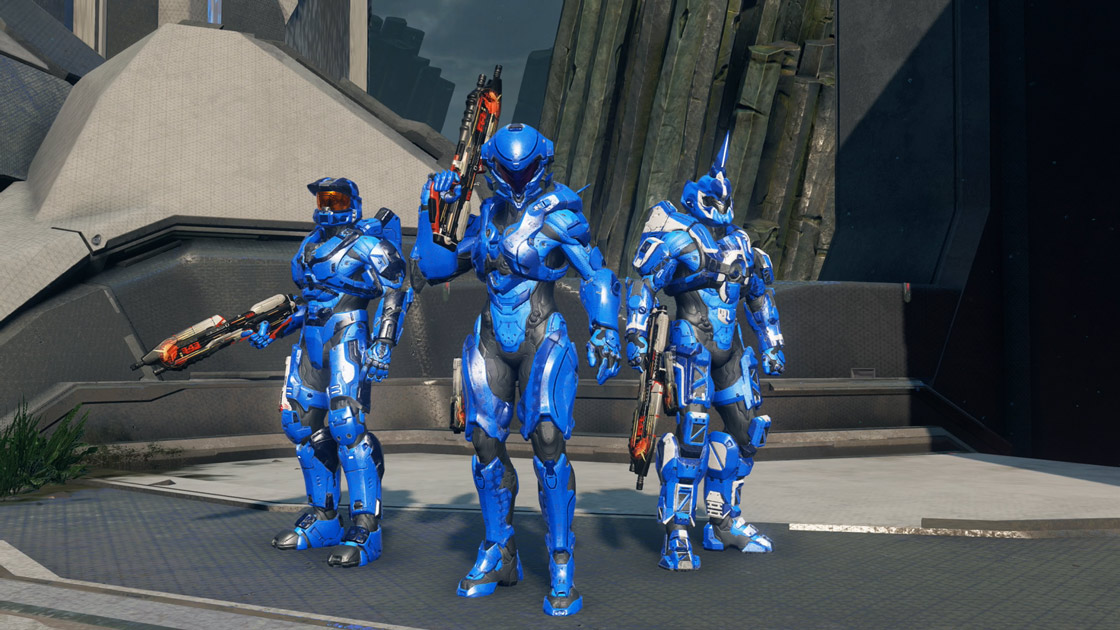 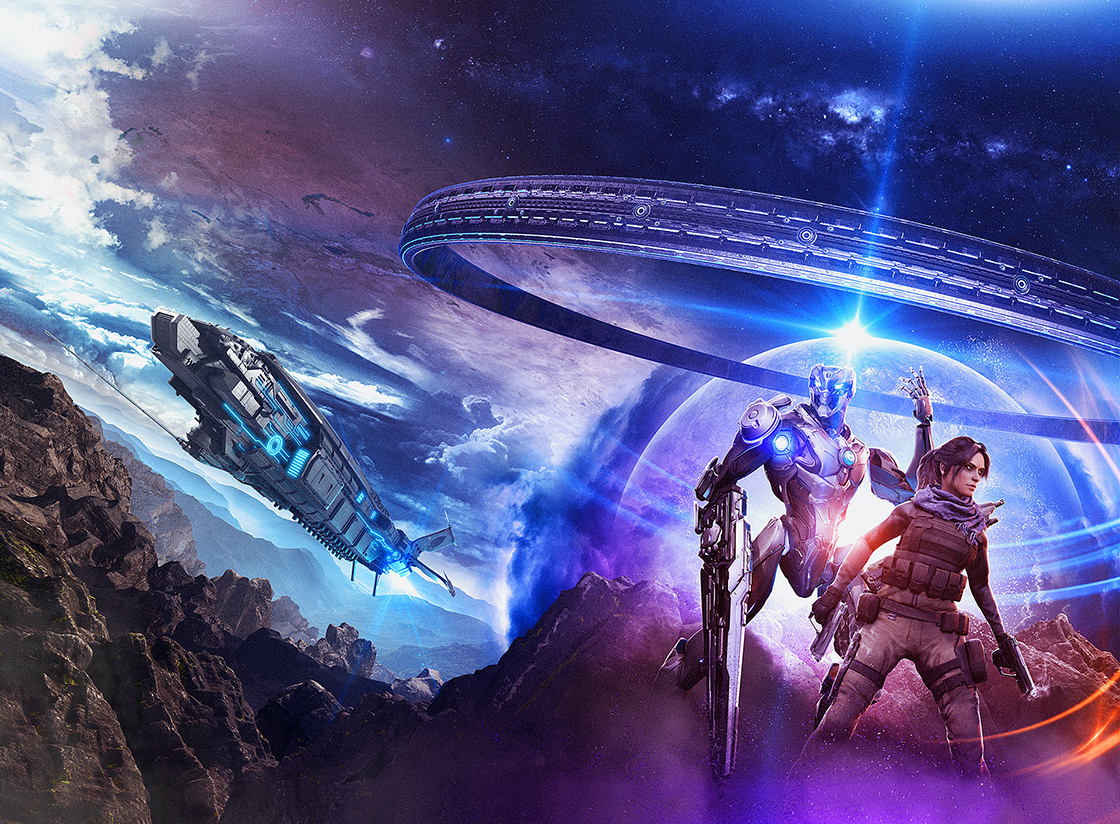 The continuation of Rion Forge’s adventure by the talented Kelly Gay is finally on shelves! Halo: Point of Light is already proving to be quite the crowd pleaser, so do yourself a favor and have a look. Or, if audiobooks are more your jam, have a listen and enjoy the dulcet narration of Tim Dadabo (otherwise known for his vocal talents as 343 Guilty Spark).

If you’re not yet familiar with Rion and her journey, then there’s no better time to start. Check out Halo: Smoke & Shadow and Halo: Renegades to get caught up!

The 112th issue of Canon Fodder had more than a few nuggets of information in there about Season 6 of MCC. But just in case you missed it, a new book was also announced! We wanted to show off the beautiful cover art by Benjamin Carre which will be accompanying the next Halo novel by Troy Denning, Halo: Divine Wind. 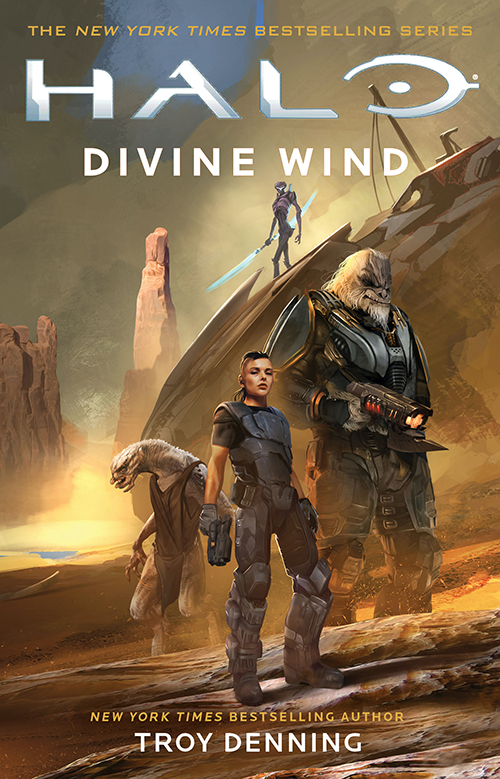 Looking for something to give you the leg up on the competition? Or maybe you’re wanting to expand your collection of fantastic Halo pins? This slick Master Chief FiGPiN should tick both of those boxes. Exclusive to Target, it is available to pre-order now, and will launch this Sunday on March 14! 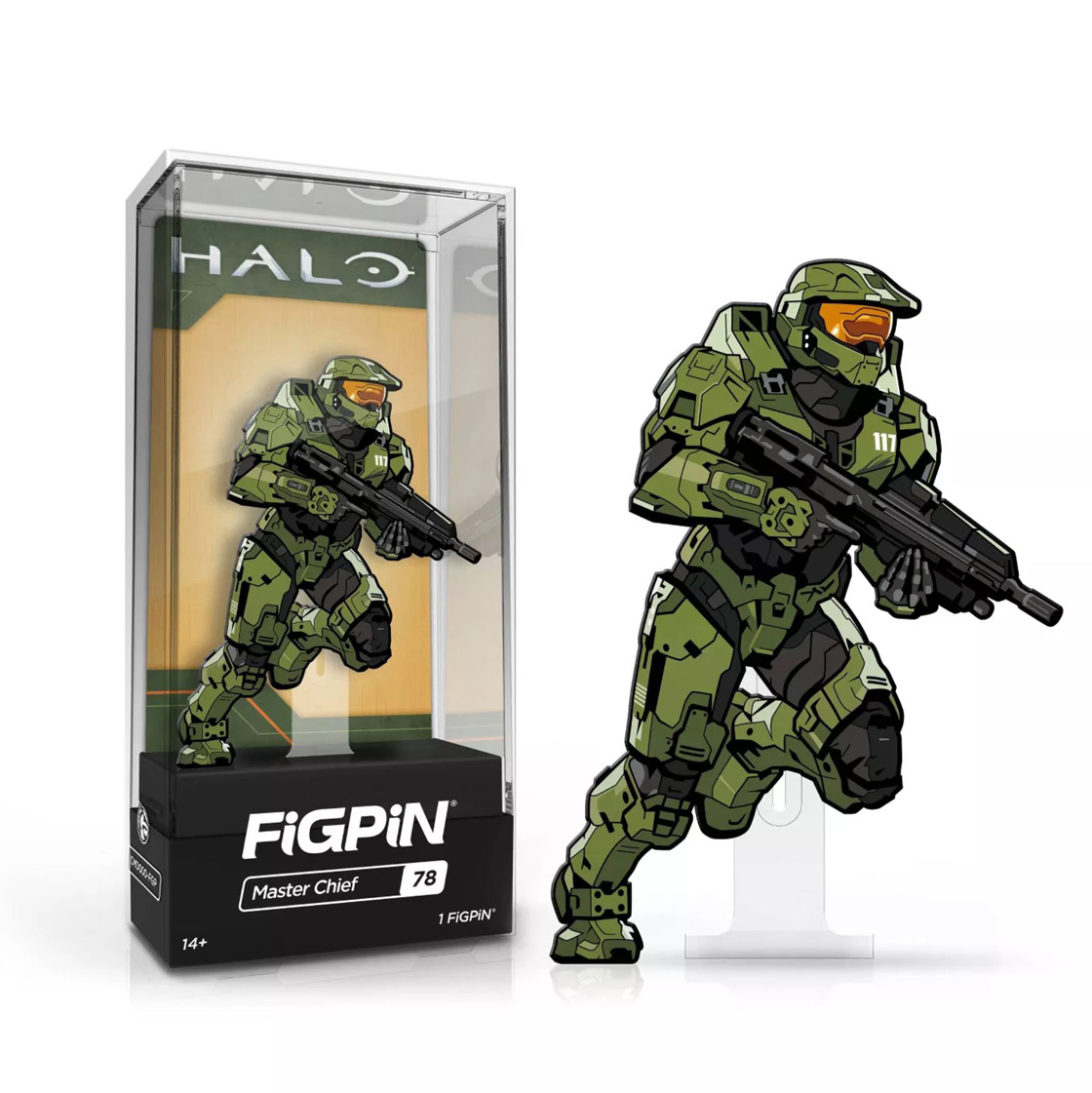 Something wicked (cool) this way comes? Yes it does! In case you missed it, our partners at Jazwares are expanding their offering of Halo Infinite toys and that means more to love in 2021. Be sure to keep an eye out for all the details when they drop later this Summer, but in the meantime, check out this awesome stop motion teaser with a look at all the things already on shelves. 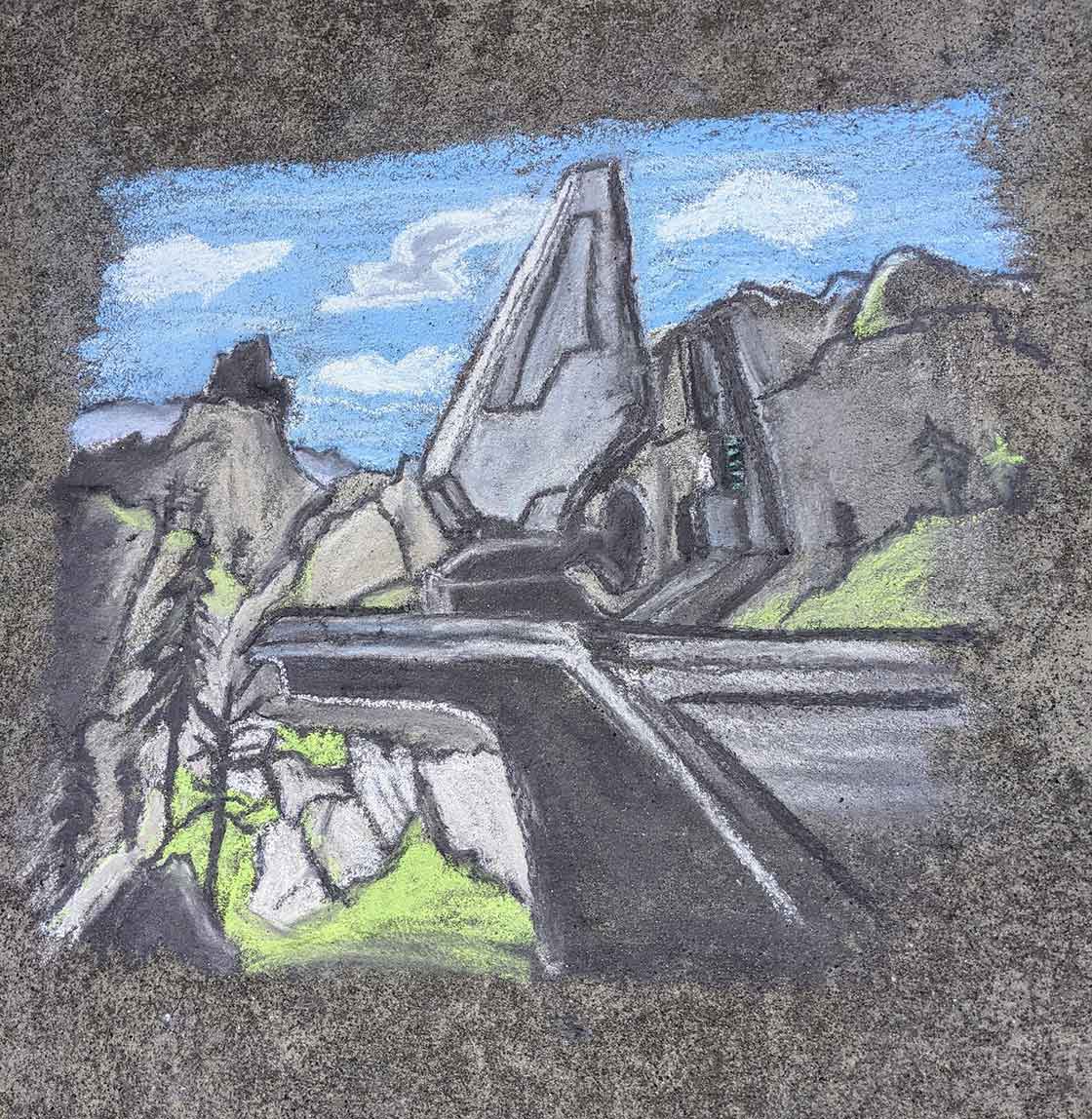 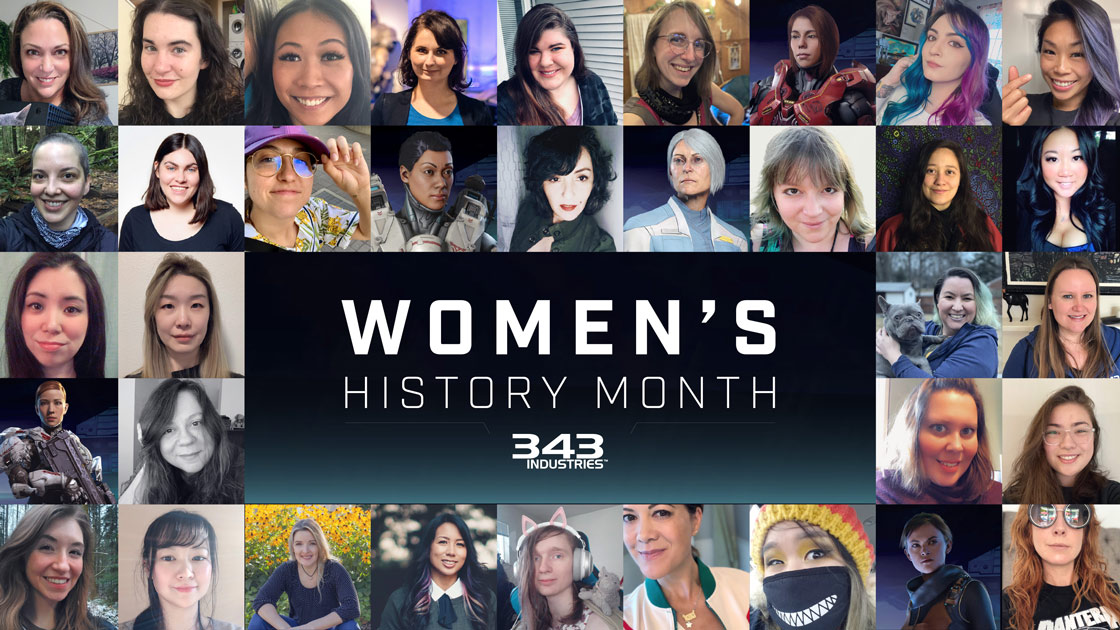 To date, we’ve gotten three editions of Inside Infinite out the door and in your hands. The first featured the Art, Graphics, and Live Teams, and the second focused on the Sandbox Team. 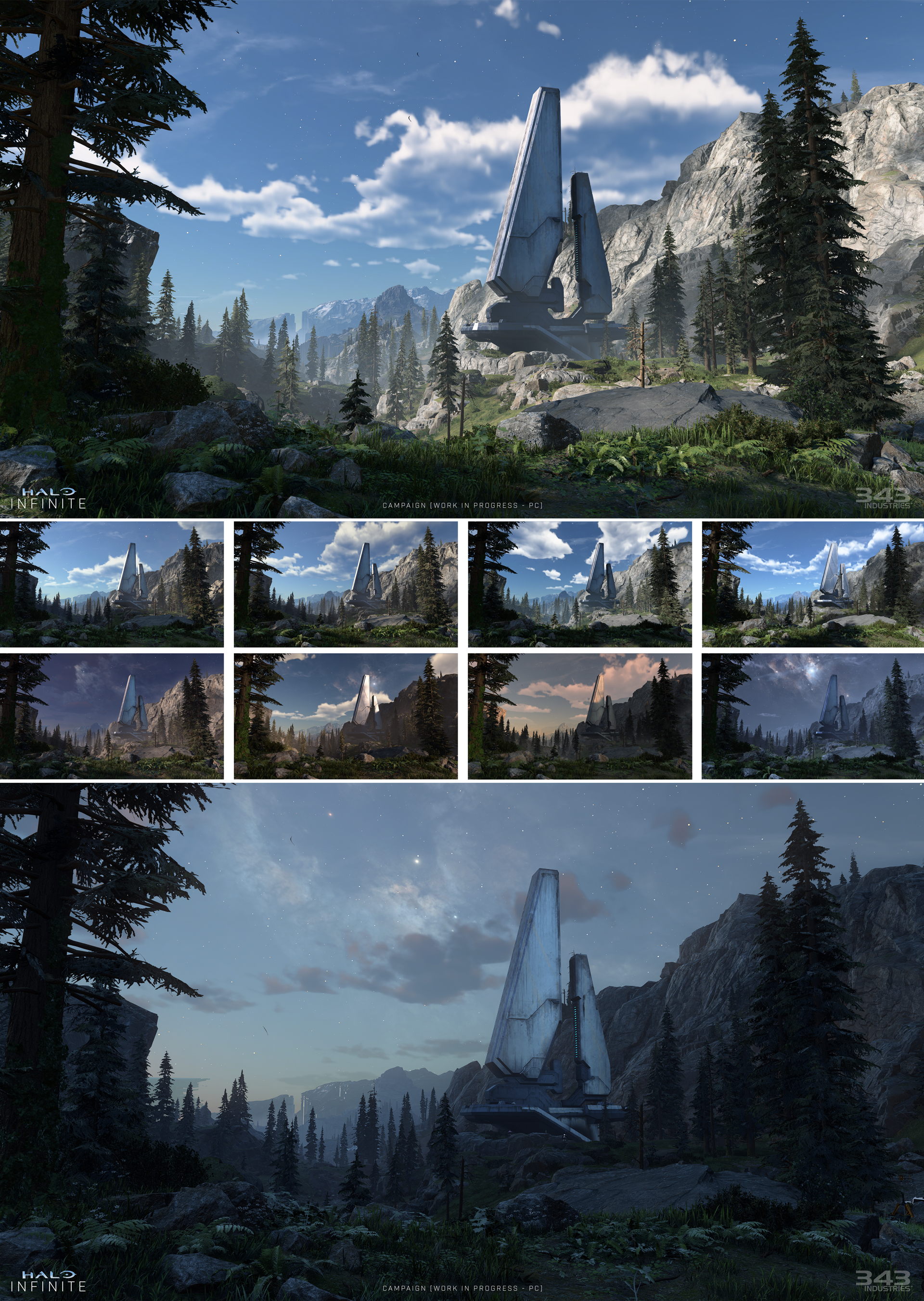 Have any questions for the team? Let us know over on Twitter using #Ask343 and you just might have yours featured in a future Q&A session with the Halo Infinite team. This month we're continuing our new series and getting you even more answers about Zeta Halo straight from the people making the magic happen. Please sit back and enjoy the intriguing insights provided by members of the Campaign Team!

And in case you missed our first #Ask343 video, featuring Quinn DelHoyo of the Sandbox Team, be sure to check it out here!

If you've ever been able to visit our studio, you may have seen this featured piece of art on the first floor. A fun fact about the studio, we only place approved art on the first floor, which gets the occasional visitor. This allowed our guests to be treated to some great visuals, but would never reveal too much about the game. Nowadays, Halo 5 concept art is pretty safe, so you can see plenty of it placed throughout the ground floor.

Anytime I'd walk past this piece, I'd always pay it extra attention because Chief and Locke are both presented in such a clean, smooth, and yet heavy manner. It's a very memorable one for me and usually makes me think about being back in the studio. If you like this piece too, click on this sentence or on the image below to download it in 4K! 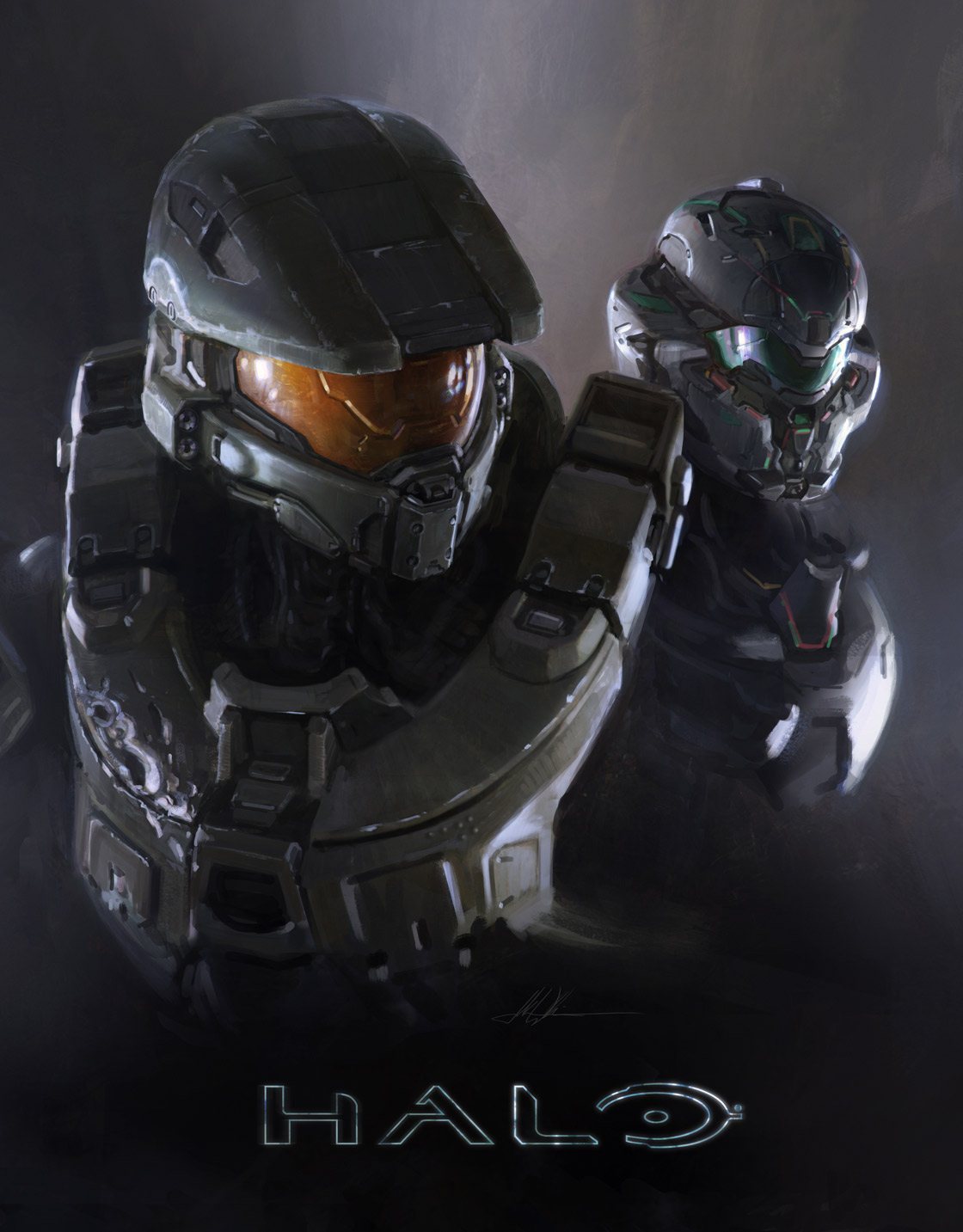 Thanks for joining us for this March edition of the Community Update! As a reminder, we’ll be keeping these blogs to once a month, but there’s still plenty of Halo on the horizon. To stay up-to-date, and get the latest news as soon as it drops, be sure to follow Halo’s official channels including Twitter, Instagram, and Facebook. 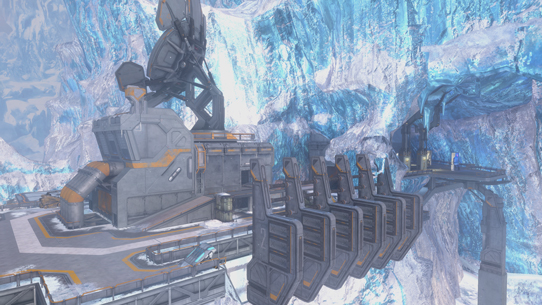 Can you believe it’s February already? The last few weeks have really turned up the volume regarding Halo news and that means we have a packed Community Update for you today. MCC kicked off Season 5, Halo esports pulled back the curtain on some of their planning, Halo Gear continued communication about upcoming novels, toys, and apparel, and we got an in-depth look at the Sandbox Team’s work on Halo Infinite. We have a little something for everyone in this Community Update, so let’s waste no... 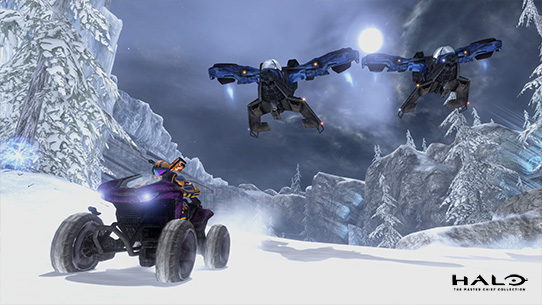 Can you believe it’s already mid-April? It still feels like we’re just getting started with this year so I guess that goes to show that time stops for no Spartan! We’re one month closer to that tantalizing Fall 2021 designation and everyone across the studio is working hard to get us across the finish line. From the latest Inside Infinite to MCC’s Season 6 to some HCS esports action and more, there’s a lot to recap so we won’t beat around the bush any longer. Let’s look back and see what has... 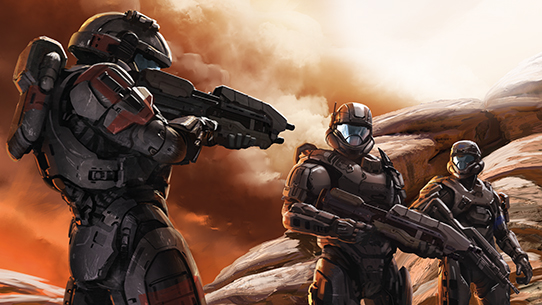 For those of you at home keeping track, Halo and Xbox both turn 20 this year. Can you believe it? Twenty. Years. The journey has been nothing short of incredible and I still can't believe I have had the opportunity to be here, working on the future of Halo. It's been an absolute dream come true and I can't think of a more exciting time to be a Halo fan than now. 💚 Halo Gear, HCS, MCC recaps… There’s no shortage of things to cover this month. Let’s jump in and check it out, shall we?