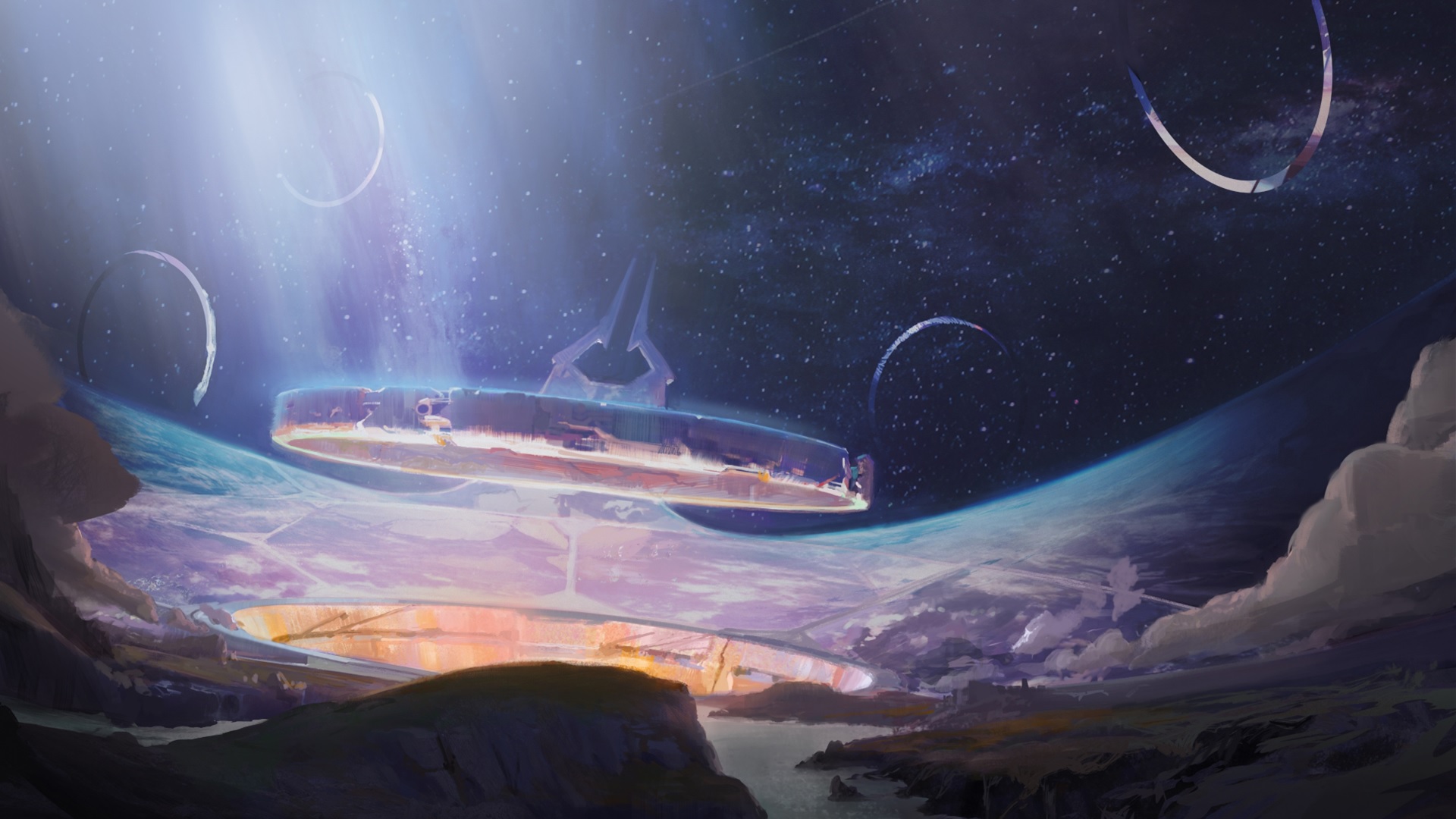 Get yourself comfortable and settle in for your regularly scheduled monthly round-up of Halo news. Catch up on the future of Halo Infinite and MCC's latest update (along with word on the future of Spartan Points), Season 2 of the Halo television series has officially started production, HCS draws ever closer to the World Championship, and we've got plenty more to cover...

At the start of this month, we gave you all a look at what’s coming to Halo Infinite through the end of the year and into 2023.

In case you missed it, here’s the updated roadmap:

Joseph Staten, Sean Baron, and Brian Jarrard sat down for a roundtable discussion about the current state of the game, priorities, and player experience goals in relation to the “Winter Update,” Season 3, and other features (such as the Forge Beta and Campaign Network Co-Op) which you can check out in the video below.

The Forge Beta arrives in Halo Infinite this November, and we can’t wait to see what you create!

As we count down to the release of this highly anticipated feature, we’ve got a four-part video series exploring the foundational elements of Forge to get you acquainted with its tools, showcase brand new features and improvements from previous games, and provide direct developer insight.

The four topics we’ll be covering are: Building, Scripting & Bots, Lighting & Audio, and File Sharing & Canvases. Keep up with each release in our central Forge Fundamentals blog.

The Yappening is happening for one more week!

Running from September 6-20, you can jump into the Methane Menagerie playlist for some 12v12 Big Team Fiesta action with a free Event Pass containing ten new whimsical rewards worthy of a disciple of the great Yapyap.

For the full list of modes, check out The Yappening event launch blog.

Oh, and for logging in during the event, you’ll get this free Emblem and Nameplate to show your love and pledge your eternal loyalty to Yapyap!

For all you lore-lovers out there, new Intel for Season 2 of Halo Infinite has deployed to the seasonal hub on Halo Waypoint.

Learn a little bit more about the mission to Camber that Spartans Sigrid Eklund and Hieu Dinh undertook where they would come to discover a certain Banished AI. Be sure to stay tuned, as two more Intel drops are on the way before the season’s end...

This will mark the penultimate week for the Fracture: Entrenched event, which offers 30 tiers of unique cosmetics and rewards for your EAGLESTRIKE armor core, which can be earned by heading into the Land Grab event playlist and completing event-specific Challenges.

Don't forget that you can earn a unique discount code for your very own Fracture: Entrenched Tanker Jacket by completing your Event Pass. For more details on that, head over to our blog on Halo Gear rewards.

(Note that as Week 5 out of 6 is coming up for the Entrenched event, to qualify you will need to have attained Tier 10 at minimum in your Event Pass.)

The return of the Entrenched event will also bring with it the penultimate instalment of The Last Sky Marshal, where your votes decide the direction of the story. The final choice is coming up which will seal the fates of Commander Kolby and the Sky Marshals...

Catch up on The Last Sky Marshal here.

THE BUNNY EARS OF RESPONSIBILITY

Complete all of your Challenges and the Ultimate Challenge this week to earn the Parasite Ichor visor.

And head over to the Shop to outfit your Spartan with an Armor FX that will make you known—nay, feared—across the galaxy. Don the holographic bunny ears of Marlin T. Buckets and become imbued with a force greater than the Precursors’ own neural physics...

At the end of August, we released a new content update for Halo: The Master Chief Collection which brought with it a host of new features and improvements!

As a quick overview, here are some of the things coming with the August update:

For the full details on each of these items (and much more), head over to our August Update Preview blog!

You can also check out the full patch notes for the MCC August update here.

THE FUTURE OF SPARTAN POINTS, PART 2

Back in our June Community Update, we talked about ideas around purchasable Spartan Points that were being explored by the studio, and we wanted to provide an update on that conversation.

We can confirm that we will not be further pursuing purchasable Spartan Points for MCC.

We are also looking to enact changes to the earn rates of Spartan Points and remove barriers that players have been facing. The 100-point cap is being removed, retroactive points will be granted, and we will be making further adjustments to Challenges to make them more rewarding, along with bringing back Double XP Weekends. For further details on these changes, be sure to head over to the August Update Preview blog!

Currently, we are tracking towards making these changes in the next content update for MCC, which is scheduled for November. We’ll have more information to share with you all as we get closer to that point.

Today, Paramount+ has announced that production on Season 2 of the Halo TV series has begun! Led by showrunner David Wiener, filming for Season 2 is taking place in Iceland and Budapest.

Following the climactic events of Season 1, we will see the return of the Master Chief, Silver Team, Cortana, Dr. Catherine Halsey, Miranda and Jacob Keyes, and they will be joined by new series regulars...

Joseph Morgan joins as James Ackerson, a formidable intelligence operative who has spent his career climbing the ranks of the Office of Naval Intelligence (and a name that will no doubt be familiar to many Halo lore veterans).

Cristina Rodlo joins as Talia Perez, a corporal specializing in linguistics for a UNSC Marine Corps communications unit and a relatively new recruit who has yet to see any real combat.

Check out the full story over on Deadline!

Hearty congratulations go out to the Chiefs from down-under, who emerged as the HCS Melbourne 2022 champions and secured their claim to the lion’s share of the $50,000 up for grabs!

Get a full recap of the HCS Melboune event here.

Taking place from September 23-25 at the Orange County Convention Center, the HCS Orlando Major will see the standard Major format of Open Bracket, Pool Play, Championship Bracket, and Free-For-All. With a prize pool of $250,000 on the line, the stakes have never been higher as the top twelve teams will qualify for the Halo World Championship.

The event will be broadcast on Twitch and YouTube.

For more details, check out the HCS Orlando Major 2022 blog.

The time of champions is nigh. It’s all been building to this...

The Halo World Championship event will take place from October 20-23, held at the Seattle Convention Center where the last Halo esports event of the year will come to a climactic conclusion.

$1,000,000 is up for grabs, and the best teams in the world who have been tried and tested through battle are staking their claim to it.

Gamers and gummi fans across the US can snag some limited-edition Trolli packs themed around Halo Infinite.

Each qualifying purchase will also reward fans with a code for an XP Boost and 3 Challenge Swaps (up to 120 codes per person), as well as a chance to win an exclusive Trolli Ultimate Gaming Bundle consisting of a Trolli Lovesac, Corsair and Elgato PC gear, an Xbox Series S console, a custom, all-new worm-themed Trolli Xbox controller.

Bags will be on shelves through the end of the year, and the Ultimate Gaming Bundle sweeps goes through March 31, 2023.

Get your hands on packs and head to Halo | Trolli to get your Halo Infinite in-game content and to enter to win!

This month’s art piece comes from Halo Mythos and was illustrated by Chase Toole, depicting the construction of the original twelve Halo rings at the senescent Ark.

Shaped similarly to Installation 00, the senescent Ark actually has six “arms” rather than eight, and its creation was commissioned by the Master Builder in the wake of the Forerunners’ war with humanity. The Halo installations created here were three times larger than those that would form the seven final rings of the neoteric array, though one of the rings from the senescent array (then named Gyre 11) would undergo extensive repairs to eventually become known as Zeta Halo.

At the end of the Forerunner-Flood war, the senescent Ark was a place of refuge for the surviving strategic command of the ecumene, but it too came under threat by the ever-expanding reach of the parasite. Omega Halo was stationed here, ready to be fired at Path Kethona, the nearby spiral galaxy, where a concentrated mass of long-dormant Precursor star roads were awakened and heading towards Path Tolgreth—the Milky Way.

The Master Builder and many other Forerunners would perish on the senescent Ark as the star roads arrived, the Ur-Didact taking advantage of the chaos to use the Composer on Omega Halo's stored population of devolved humans before it was fired to at least temporarily halt the advance of the seemingly unstoppable constructs.

The complete story of the senescent Ark’s fall is told in Halo: Silentium.

That brings this month's Community Update to a close. Lots of cool stuff coming up, I must say that I'm particularly excited for everyone to see the three upcoming Forge videos as we get ever closer to November, and the World Championship is going to be an absolute blast—whether you're watching at home or there in the crowd.

Until then, be well, play Halo, and treat yourself to some gummi worms.